Slow West­­
This enormously entertaining Western takes some time to pay off, as its name might suggest, but once it does, it’s satisfying in the extreme. The feature directing and writing debut of former musician John Maclean features a wonderful leading performance by Michael Fassbender as Silas, a cigar­chomping bounty hunter who’s out to kill Rose, the love of his compadre Jay (Kodi Smit­McPhee), who’s wanted for murder. The visual architecture of the film is practiced and well­executed considering Maclean’s previous experience, which consists entirely of two shorts (both also starring Fassbender).

It’s shot with the appreciation of a foreigner (Maclean is British) for America’s natural beauty, which is featured prominently here as Silas and Jay tromp across the Colorado territory, encountering an accumulating slate of the insurmountable obstacles which seem to have been common to fortune­seekers of the mid­nineteenth century. It belongs to a new era of Westerns that Tommy Lee Jones and Quentin Tarantino, to name two, have been producing of late, and it fits well into the canon. It’s a movie about secrets, death, and love, and everything is handled with a delicate hand and a sharp eye for humor even in the darkest of circumstances. An excellent if unlikely choice for the festival. 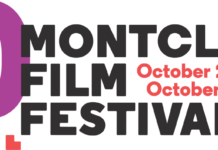 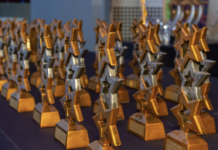