The Montclair Chapter of the NAACP is pleased to announce its 7th Annual Membership Luncheon, Saturday, June 27, 2015 at the Salvation Army 13 Trinity Place, Montclair, 2 pm -5 pm. The luncheon theme is “Selma then – Voting Rights Now” and the guest speaker is Nikki Johnson-Huston, Esq., “From Homeless to Lawyer”.

Nikki Johnson-Huston, Esq. is an unlikely success story. Born into poverty, she was homeless at age 9, failed out of college by age 18. She did not let that stop her. Nikki got a job as a nanny during the day, went back to college at night and graduated in 1998 from St. Joseph’s University, the same college she had previously failed out of. A 2004 graduate of Temple University Beasley School of Law in Philadelphia she earned a J.D./M.B.A/ LL.M in Taxation in only four years. Nikki is a Tax Attorney in Philadelphia and founder of PhillyTaxDiva.com.

Members of Performing Artists United will entertain with a 15 minute excerpt from the original production entitled “The Movement.” The Movement was written by the Managing Artistic Director, Ms. Kathy D. Harrison and it has been selected to be performed at the upcoming 2015 National Black Theatre Festival. The Movement shares the story of the young people that marched against racial injustice in Birmingham, Alabama. This A capella musical honors the legacy of young people protesting during an unsettling time in history.

In addition to hearing from Attorney Johnson-Huston and members of Performing Artists United, former Youth Council Members will also speak at the luncheon. 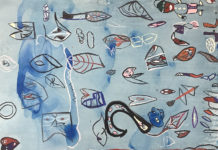