Montclair High School’s diversity is reflected in its student body, and in its motto: “Children our future, Diversity our strength.”

Founded in 1997, the Civics and Government Institute (CGI) at Montclair High School has offered a small learning community within the school, focusing on citizenship, government, and social issues. CGI has gained notoriety for many of its initiatives and activism, including three students who petitioned for a female moderator at the last U.S. presidential debate. But CGI has a reputation for its lack of diversity. James Harris, 1st vice president, Montclair NAACP, called for “the racial segregation to be addressed” at the May 19 BOE meeting.

Christian Miller, current CGI president, acknowledges there is a diversity problem. “There is the stigma of it [CGI] being a predominantly white community,” says CGI senior James Pew. Those factors influence many students’ opinions of CGI and may cause them to feel like they would not fit into the program. “Montclair prides itself on being a diverse community,” says Miller, “the fact CGI is not diverse is a problem because it shows that in our schools there are people who still feel they won’t be welcome in a certain environment.”

Within the school, CGI also has a reputation of being very stressful, while others stereotype its members as opinionated political junkies.

The diversity issue within CGI creates more than just an image problem. The dearth of different views can impede on a student’s ability to fully understand all sides of the issues he or she learns about in class. CGI teacher Sally Rembert says the misrepresentation of certain voices makes some issues “hard to grasp.” Because CGI is a relatively homogeneous environment, students are not necessarily presented with opinions or sentiments that differ from their own. While the teachers and books in the curriculum can attempt to compensate for this lack of diversity, having students from various backgrounds provide their opinions would make the program more robust. “Without voices in the room, you are lacking,” says Rembert. A variety of voices from various backgrounds helps the students who are distanced from certain issues become more thoughtful and empathetic.

While CGI’s diversity issue attracts more attention, the high school’s other learning community, the Center for Social Justice (CSJ), has a similar diversity problem. CSJ explores issues dealing with human rights and other social issues with the goal of educating students about the injustices that have plagued society for years.

“CSJ teaches about really relevant and important topics to teach teenagers to recognize discrimination when they see it and find ways to stop it in the future,” says Giovanna Boyle, CSJ junior. The emphasis on social activism is more approachable and appealing to a wider range of people than the political nature of CGI, yet CSJ is still not as diverse as one would expect, having a more predominant representation of African American students.

“Our small learning communities are, for the most part divided by race,” says lead CGI teacher Andrea McLaughlin, however this is not due to a lack of effort. According to Rembert, the diversity issue has “always been part of what we (the teachers) discuss.” CGI has called in numerous experts from organizations like the NAACP to aid in better understanding diversity and self-segregation as well as provide potential solutions.

Part of the issue with diversity in CGI stems from the recruitment process. Freshmen at MHS are informed about CGI and CSJ by students who are currently enrolled in those programs.

“Freshman year students came around and talked about CGI and CSJ,” recalls CGI senior Anissa Matthews. “They said CSJ focused on ‘isms’ like sexism and racism, while CGI was more government based.” Further pressure to join the small learning communities then comes from other students, typically siblings or older friends.

In the case of CGI, family ties to the programs played an important role in a student’s enrollment decision. Older siblings with positive experiences frequently influence younger siblings and those siblings’ friends into joining. That focus on legacy fuels the diversity issue because CGI is historically predominantly white. As a result more white students are recruited compared to minority students. There have also been accounts of students discouraging minorities from joining CGI.

“I remember one time we were having a group discussion about these issues [of diversity]” recalls Pew, “one of maybe 15 students of color in the institute stood up to share with us how she had been discouraged from joining CGI because of the color of her skin, and how she was still followed by the stigma of being out of place.”

While many of the factors contributing to the lack of diversity in CGI and CSJ are obvious, the solution is less clear. Reforming the recruitment process is one of the methods administrators and students alike have focused on in an attempt to bridge the racial divide.

“While I was president I tried to combat the lack of diversity by modifying the recruiting process and reaching out to CSJ to build better community connections” says Miller. Additionally McLaughlin has said CGI has started to reach out to students through their eighth grade teachers and coordinate a better parent outreach program. Despite these efforts McLaughlin notes “it may take time.”

Even though it has been a longstanding problem, the diversity issue in CGI has only recently attracted the attention of people outside the institute. This attention has facilitated a more active effort in attacking the problem.

Still, the issue of diversity in CGI is, as Rembert puts it, “indicative of a larger issue,” concerning diversity that spans the whole school district. “The lack of diversity plays itself out in the two small learning communities” says McLaughlin as CGI and CSJ serve as microcosms that highlight the issues of classroom diversity occurring at the high school.

Recognition and attention have resulted in attempts to address this issue. Acknowledging the need to promote diversity in CGI and CSJ is also a step toward tackling the larger diversity issues that are part of the high school and school district.

Benner Rawley is a Montclair high school senior and president of the MHS student body. Baristanet is pleased to mentor Rawley as part of Montclair High School’s Career Internship Program. 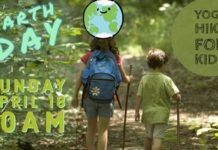 Montclair Mayor Announces Appointment of Hopkins, Scherzer, Weller-Demming to the Montclair Board of Education