Pinegrove, a five-piece indie band “living out dreams in a reflective lattice of flavor and strength!! From the glass-lined tanks of old Montclair,” according to their website, has released a new single and is touring this fall.

The band, led by Evan Stephens Hall (right), is riding a wave of good fortune. They recently signed with Boston’s indie rock label Run for Cover and were the subject of a nice article in Spin magazine. Pinegrove released a new single and ode to young adulthood titled New Friends featuring fresh harmonies with guitars and banjos. Earlier this year Pinegrove released a retrospective cassette, Everything So Far, featuring 84 minutes of Hall’s best efforts. 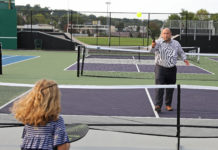 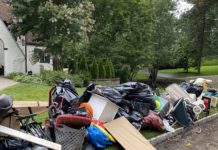