1-26-2016 (Glenridge Ave) Theft from a food delivery vehicle- approximately $50 worth of food was taken from the unlocked vehicle.

1-27-2016 (Pine St) Theft from a motor vehicle parked in a parking lot. A dell laptop computer was taken in this incident

1-29-2016 (Fairfield St) Vandalism to a motor vehicle. A vehicle’s driver side window was smashed in. Nothing was reported stolen from the vehicle.

1-31-2016 (Bloomfield Ave) Vandalism to a business. The store’s front glass window and glass door was shattered. Nothing was reported stolen from the business. 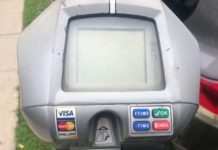