BREAKING: Mayor Jackson will be pulling his new BOE appointees — Rev. Jevon Caldwell-Gross: Pastor, Joe Kavesh, Esq and Franklin Turner, Ph.D. Per state law, because Jackson has not replaced David Deutsch, Robin Kulwin and David Cummings, they remain on the board for now, until they are replaced.

“The temperature in town is hot, to say the least, and this gives us an opportunity to have a cooling off period and for people to have further conversation and hopefully get it to a better place,” Jackson said this afternoon. “We need to hit a reset button, keep the status quo for a while, put the kids first, and not create a crazy scene. Then we can see if time buys us a little healing.”

“I anguished over it, but as the day rolled on, it was clear to me that we were building up to something that would not be pleasant,” says Jackson, of his decision today to pull Caldwell-Gross, Turner and Kavesh from becoming BOE members tonight.

Jackson added that this did not mean that the three proposed appointees were taken out of consideration completely but that the process was on hold.

If any of the rumors of back channel discussions regarding BOE members present and soon to be sworn in are true, then Montclair’s Board of Education meeting tonight will look more like an episode of Survivor. There’s talk of a new alliance (between BOE member Laura Hertzog and newly appointed members) discussions of who to vote in or retain as BOE president, and a possible blindside.


Montclair Kids First (MKF) put out an email blast today, alluding to division on the board, and stating that the “majority of the new Montclair Public Schools Board of Education members favor a change in the leadership of their Board.”

According to MKF, sources say that current BOE president Jessica de Koninck, along with Anne Mernin and Eve Robinson, have suggested that they would resign from the Board if de Koninck is not reelected President.

Baristanet reached out to de Koninck, as well as new appointee Joe Kavesh, and will publish any responses we receive. We also contacted Mayor Jackson to see if he could shed some light on the purported discord between his BOE appointees, both past and present.

Meanwhile, former BOE president and board member Shelly Lombard, who signed as author of the MKF email blast, also wrote the following in an email to Baristanet:

First, this is not the United Kingdom. No one is entitled to be the Queen just because, well, they want to be.

Second, while I don’t believe this is racially-motivated, there is something really troubling about people trying to stop two African Americans who actually have school-age children (Hertzog and Franklin Turner) from being president and Vice President in favor of two white women who haven’t had kids in the schools for years. Thank goodness James Harris and the local NAACP refused to aid and abet this politically-motivated nonsense.

Third, isn’t it a bit unsavory to have politicos applying heavy pressure to keep the mother of the manager of Sean Spiller’s re-election campaign as Board president, especially when Spiller’s union members are currently in contract negotiations with the Board?

It was roughly a year ago when the BOE welcomed two new members and board members elected de Koninck as president, replacing David Deutsch. 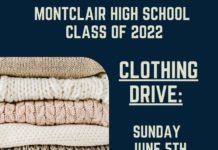 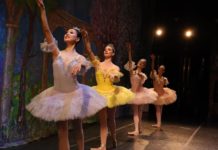