This week, Montclair Film Festival (MFF) announced the complete slate of education programs taking place at the 2016 MFF. These programs join the previously announced Young Voices: A Community Conversation program, presented by Partners For Health and taking place May 3 at 7:00 PM at the MFF’s Audible Lounge, located at 544 Bloomfield Ave, and the MFF’s Emerging Filmmakers Competition (EFC) screening, taking place Saturday May 7 at 11:00 AM at the Wellmont Theater:

Sensory Friendly Screenings
The MFF is also offering two free sensory friendly screenings for children and families. With the lights up and the sound lowered, the theatrical experience of watching a film is made accessible for children and students with autism and other disabilities, allowing audiences the freedom to be themselves at the movies! This program is co-presented with SEPAC (Special Educational Parents Advisory Council) and features a screening of AN AMERICAN TAIL and FAMILY SHORTS featuring JOE’S VIOLIN and a Q&A with Director Kahane Cooperman and Producer Raphaela Neihausen.

Spotlight On Immigration
In November 2015, the Montclair Cooperative School, in conjunction with the MFF and Rutgers University’s Newest Americans Project, held an immigration event as part of a global initiative designed to spark conversation about this hot button topic. Students from the Montclair Co-op and Montclair High School screened the movie Ellis, directed by the artist JR, followed by a powerful discussion led by prominent immigration experts and activists.

Inspired by the discussion, the Co-op’s art teacher, Debbie Harner, envisioned an Immigration Art Installation designed to visually represent who we are as a nation. Utilizing street art techniques such as stenciling and pasting, students from area high schools created imagery to represent their own immigration story and words that reflect the diversity of the American experience.
A public reception to celebrate the artists took place on Sunday, May 1, and the immigration conversation will continue at screenings and events throughout the festival. Students’ art will be on display in the Audible Lounge, located at 544 Bloomfield Ave. throughout the festival, and their work can be purchased via silent auction, with proceeds benefitting Comic Relief’s Red Nose Day, which seeks to create lasting change by tackling the root causes of poverty and social injustice.


Students In The Cinema
In support of the MFF’s Spotlight On Immigration, hundreds of students from Montclair High’s Global Studies, Center for Social Justice, and Women of the World programs, along with students from East Orange Campus High School and Montclair Immaculate Conception High School are visiting the MFF and attending free screenings of the film SONITA during school days. The screenings are co-presented by Shine Global and will be followed by a conversation with Erin Williams, Program Officer for International Women’s Health Coalition, and Shine Global co-founder and Executive Director, Susan MacLaury.

The MFF will announce its 2016 Summer Education Programs after the conclusion of the 2016 festival, which runs through May 8. 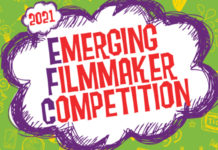 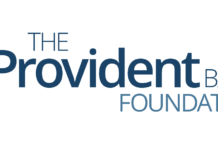 Partners for Women and Justice Receives $20,000 Major Grant from The Provident Bank Foundation 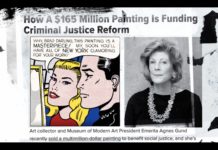