The long-awaited hearing by the Montclair Township Council on the ordinance designating the area around Seymour Street and the Wellmont Theater as a redevelopment area for a new arts district did not happen at the council’s August 23 meeting as scheduled. The hearing was postponed to Tuesday, September 6, because an incorrect version of the ordinance published in the public notice of the hearing. But residents who were planning to speak at the hearing did so at last night’s meeting.

Victoria Ostrer of Roosevelt Place brought up two points about the Seymour Street redevelopment plan.  She said she wasn’t sure why large condominiums in the area were not considered in the collective tax revenue from a large building, and she hoped it would be explained when the impact study is looked at – specifically in terms of revenue from building as and not just their assessed value.  Ostrer also thought it was inconsistent for the master plan specified arts and entertainment district stretching along Bloomfield Avenue from Park Street to Lackawanna Plaza – well beyond the Seymour Street area – while the plan focused on just Seymour Street,  which led her to express concern over another issue.    She said that the developer currently owns the Wellmont Theater and the former Social Security property, while Montclair would allow the developer to use four other lots, and that the developer may acquire the Somerset Tire Service (STS) auto repair shop through eminent domain or other means.

“We’re looking at five additional properties the developer does not own at this time,” Ostrer said. “Even though the Seymour plan is trying to mitigate and limit what the developer can do, I’d actually like to see one property developed rather than six.”  She preferred that all other areas be left alone and that the town concentrate on the rest of the area designated by the master plan as an arts district.

Beth Calamia-Scheckel, a Willow Street resident and a frequent critic of the Seymour Street plan, said that the plan would set a precedent by allowing developers to build on municipal land so they can avoid putting parking on their own property, which  zoning regulations,  and that there haven’t been enough adequate studies of traffic and infrastructure.  Calamia-Scheckel also complained that there was not enough notice of the hearing, but Mayor Robert Jackson pointed out that the plan to hold the hearing on August 23 had been publicized as early as July 25, even though the agenda for the meeting was not published until just before it took place.  Third Ward Councilor Sean Spiller added that the council tries to get the agenda out for the meeting as quickly as possible but details need to be tweaked as things change, and if there is a problem as there was with the Seymour Street redevelopment ordinance, the council postpones a matter.

William Scott asked about affordable housing in the redevelopment area, and Mayor Jackson said he would like to have flexibility in the language of the plan to ensure preferences for affordable housing for Montclair residents.  Scott later asked why the finance study excluded the proposed Midtown parking deck, and financial consultant Bob Benecke took a seat on the council dais to explain.  He said that, while a Seymour Street parking deck was studied because it was integral to the redevelopment project, the proposed Midtown deck was seen as a stand-alone project that was separate from gets built on Seymour Street and could stand on its own, independent of whatever transpires in the redevelopment plan. Planning Board Vice Chair Jason De Salvo sought to expand on that, saying that the ownership of the land differs between the two parcels, with the township owning the Midtown lot.  He added, though that there would be definitely revenue going back and forth between the Seymour Street plan and the Midtown parking deck in a complex way.  He said it was being discussed but was not yet finalized.

“As a stand-alone thing it has to make sense financially,” De Salvo said with regard to Midtown, “so that parking deck has to work with the revenue that‘s going to come to account for the lost revenue that the town has for some spots, gaining others, and at the end of the day, it’s supposed to be built at no cost to the taxpayer.”

The redevelopment ordinance that did get passed was the amendment to the Eastern Gateway plan allowing 86 dwelling units per acre over the previous 75 units.  Fourth Ward Councilor Renée Baskerville objected, saying it concentrated yet more affordable housing in the Fourth Ward when the council has been trying to spread affordable housing throughout the township.  Dr. Baskerville acknowledged that the plan was being amended to allow a new apartment building on the present-day site of Mount Carmel Holy Church on Bloomfield Avenue, to be built, and she appreciated the full compliance with the 20 percent affordable housing mandate.  However, she cited the “paucity” of such housing in the other three wards and felt the amendment set a precedent for a greater concentration of affordable housing in the Fourth Ward as well as allowing too much density. Mayor Jackson said that the planned project had been thoroughly vetted by the Montclair Housing Commission, and that he was happy with it. Dr. Baskerville was not; the amendment passed 5-1 (Councilor-at-Large Robert Russo was absent) over her dissenting vote.

Dr. Baskerville then sought to have the council repeal the moratorium on affordable housing in the Fourth Ward passed in 2012, noting that the project on the site of Mount Carmel Holy Church technically violated it anyway, and adding that she thought the council could be aggressive in allowing developers whatever density they needed to provide affordable housing in the other wards.  Mayor Jackson said he did not want to pursue what he perceived to be unilateral and draconian re-zoning, and Councilor-at-Large Rich McMahon said that the density change for the Mount Carmel property was an isolated exception pertaining only to that property.  The moratorium remains on the books.

Also, a first-reading ordinance to ban truck traffic on Walnut Street between Grove Street and Walnut Crescent in anticipation of the Hackensack UMC/Mountainside was postponed after Dr. Baskerville said she wanted to add Cloverhill Place to prevent it from becoming an alternative route for construction vehicles.  Councilor McMahon re-iterated his opinion that, because there were no plans on the table to redevelop Hackensack UMC/Mountainside as of yet, it didn’t make sense to pass an ordinance just yet; he wanted more information.  “They’re not breaking ground any time soon,” he said.

The Traffic Parking and Advisory Committee may look at the issue at its September 21 meeting, meaning that the ordinance won’t likely be passed on first reading by the council before October.

The council also re-appointed Municipal Judge Kenneth Strait, who was immediately sworn in to a new term. 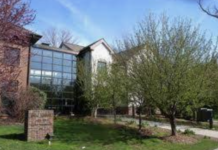