02/13/2017-Police dispatched to Franklin Street Apartment Building on a reported package theft. The theft occurred at 5:00pm in the hallway of the building. Police investigating incident.

02/14/2017- The Family Dollar Store located at 600 Bloomfield Avenue reported a shoplifting incident that occurred at approximately 8:00pm. The suspect was described as a black male wearing royal blue coat. The suspect stole (2) bottles of laundry detergent and walked out of the store.

02/15/2016-John Russo age 39 of Point Pleasant NJ was arrested at 4:30pm and charged with shoplifting. Police were dispatched to 8 Franklin Street, Stop & Shop Store on a shoplifter in custody. Mr. Russo attempted to exit the store with merchandise valued at $248.00 dollars. He was detained by store security with the assistance of an off-duty Newark Police Officer. Mr. Russo was transported to police headquarters for processing.

02/16/2017- Police were dispatched to the 7-Eleven Store located at 630 Bloomfield Avenue on a reported shoplifting incident. The suspect described as a black male wearing a red jacket and tan timberland boots stole (2) cell phone chargers. The suspect fled the store on foot prior to police arrival.

02/17/2017- A package theft was reported from a residence on North 15th Street. The owner observed the theft from his surveillance camera viewable from his cell phone. Police were notified and responded to the residence. The suspect along with the package was gone prior to police arrival.

02/17/2017- A store employee at the Ana Liquor Store located at 142 Broughton Ave reported the theft of two bottles of Vodka. The suspects described as two males approximately 20 years of age, stole the bottles and fled on foot.

02/16/2017- Alannah DeVito age 19 of Bloomfield was arrested at 12:42pm and charged with Unlawful Possession of a Knife. Police were dispatched to Evelyn Place on a dispute between two females. Witnesses reported that the suspect Alannah DeVito threatened to stab the victim. Police arrived and located Ms. DeVito in the laundry room. The knife was also located on the premises. No injuries were reported. Ms. DeVito was charged and transported to the Essex County Correctional facility. The victim and suspect are both familiar with each other and the dispute is believed to be over money.

02/017/2017- Tywon Samuel age 24 of Bloomfield was arrested at 12:50pm and charged with Burglary and Theft. Police were dispatched to the Forest Hill Country Club after an employee discovered an open door to the Field Club. Officers checking the interior of the building discovered a male later identified as Tywon Samuel sleeping in the attic area. Mr. Samuel was wearing a Forest Hill jacket at the time of his arrest, which was stolen from the shop. Mr. Samuel was additionally charged with Hindering Apprehension after providing a false name to the police.

02/19/2017- Police were dispatched to a residence on Sadler Road on a reported Burglary. The homeowner came home from work and discovered the front door unlocked and slightly ajar. Police arrived and checked the interior discovering the bedrooms were rummaged through with jewelry and other items missing. Witnesses in the area reported seeing a white cargo van in front of the residence earlier in the day. A white male and female were described exiting the van and walking around the property. Detectives arrived on scene and are actively investigating the incident.

02/15/2017- Police were dispatched at 8:31pm to the area of Newark Avenue and Harrison Street on a report of shots fired. Several residents reported hearing the shots being fired. Further investigation revealed a shooting incident in the Township of Belleville close to the border of Bloomfield.

02/17/2017- Mario Chavis age 40 of Newark was arrested at 4:57am and charged with DUI. Officers located a 2006 Acura stopped at the intersection of Belmont Ave and Bloomfield Ave with the driver asleep behind the wheel. Further investigation and several field sobriety tests led the officers to believe the driver Mr. Chavis was under the influence of an alcoholic beverage. Mr. Chavis was additionally issued summons for Careless Driving and Obstructing the Passage of Other Vehicles.

02/13/2017- The registered owner of a 2010 Ford Truck reported his vehicle stolen. The vehicle was parked inside a loading bay. The theft is believed to have occurred at 1:58am.

02/16/2017-A 2007 BMW 3 series color white was reported stolen from the area of North 15th Street. The vehicle was parked in the driveway during the evening and discovered missing the next morning.

02/14/2017- Aaron Arce age 22 of Newark was arrested on an active warrant issued by Roselle Park. Mr. Arce was later released after being issued a new court date.

02/14/2017-Alston Kashif age 32 of Newark was arrested at 8:11am for an outstanding warrant issued by Paterson. Mr. Kashif was operating a vehicle without a driver license. Officers initiated a motor vehicle stop after observing a white Honda traveling on Bloomfield Avenue with a safety glass violation. Mr. Kashif, the driver of the vehicle was issued (2) motor vehicle summons for unlicensed driver and safety glass requirement. He was released after posting bail for the active warrant.

02/15/2017- Chinswamm Perumal age 57 of Bloomfield NJ was arrested for an active Bloomfield warrant. Officers initiated a motor vehicle stop after a random license plate check revealed the register owner to have an active warrant. Mr. Perumal was placed into custody after confirming ownership of the vehicle. Mr. Perumal posted bail and was released with a new court date.

02/18/2017- John Russo age 39 of Point Pleasant was arrested at 11:33pm and charged with Defiant Trespassing on the property of 8 Franklin Street. Police located Mr. Russo in front of the Stop & Shop Store. Mr. Russo who is not permitted on the property due to his numerous shoplifting and panhandling incidents was placed into custody and transported to police headquarters. He was issued a summons with a pending court date. 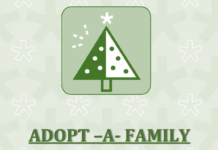