The members of the Montclair Celebrates 4th of July Committee have announced the Grand Marshal of the 2017 4th of July Parade — Montclair Community Pre-K (MCPK). The community’s nationally recognized Pre-K program, whose mission is to offer all three- to five-year-olds in Montclair a high-quality preschool education regardless of the family’s ability to pay, enters its 20th school year this fall.

“Just like Montclair’s 4th of July parade, the Montclair Community Pre-K is one of our township’s greatest institutions. It has touched the lives of countless families during the past two decades and it is truly interwoven into the fabric of Montclair,” said Pat Brechka, Montclair Township’s Director of Recreation and Cultural Affairs. “We are thrilled that the Montclair Community Pre-K will be leading the parade when nearly everyone in town joins together for the event of the summer season.”

“The Montclair Community Pre-K is honored to be chosen as the Grand Marshal for the 2017 4th of July Parade,” said Executive Director Stephanie Fitzgerald. “We feel fortunate to have educated almost 2,000 of the Township’s children since our inception in 1998, many of whom will be cheering us on along the parade route. This honor reflects Montclair’s strong commitment to early childhood education as an essential building block to success in school and in life.”

The 4th of July Parade has been the Montclair Community’s event of the summer season for more than 65 years. Every year, the Montclair Celebrates the 4th of July Committee have bestowed the honor of Grand Marshal to those who have reflected the spirit of Montclair as well as our nation. Previous Grand Marshals include Montclair neighbors of great notoriety like Carmen and Yogi Berra and U.S. Homeland Security Secretary Jeh Johnson. They have also been great organizations like the Montclair Ambulance Unit and the 2012 Championship MHS Mounties Football Team. 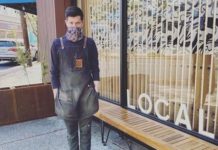