Baristanet first wrote about the Study Hall Gang, a social club that came to be as an invitation to meet for drinks, a little over a year ago. In that time, the group has grown to almost 200 members and has become much more than just a group who meets for drinks every Friday night.

Not long after we wrote about the Gang, they outgrew their original meeting place — Upstairs in Upper Montclair. After trying out various spots in Bloomfield, Verona and Montclair, the group found a home at Fitzgerald’s 1928 in Glen Ridge, where you can find them every Friday night. And every Friday night, with a rare exception, you’ll find the gang’s founder, Andrew Pincus, who along with his wife Beth, serve as hosts and greeters.

“My job every Friday night — and Beth does it, too — is to make sure everybody gets a chance to meet and connect with other members and to make introductions,” says Pincus, who adds that he’s gotten to know the members well and can often match up different personalities that he thinks might click.

Sometimes that means talking to between 25-40 people on a Friday night. Pincus makes sure to keep an eye out for new visitors. “We’re not like other groups, where you can just join on Facebook. You can’t become a member by pressing a button. It’s all about meeting people face to face,” says Pincus. For people who find out about the club and message Pincus on Facebook, he encourages them to come down on a Friday night in order to join and often offers to buy their first drink. And because it can be hard going up to a group of people who all seem to know each other, Pincus not only tells newcomers to seek him out, but he also designates other members to act as Study Hall Gang ambassadors. He’s ordered little wine glass lapel pins — to make these volunteers easy for people to find and connect with.

Wanting someone to have drinks with is what originally motivated Pincus to start the group in 2015. “At first you could fit the entire group around one table. Then as people found out about us, we grew to 60-75 people. Now we’re almost at 200 and members pays a $10 a year fee [after they’ve been in the group for three months].” The fee helps the group lay out monies as deposits for some of the special events, like themed-dance parties and other events that require rental of a space. Pincus says most events are $25 or less (some like a chili cook-off or a Friendsgiving hosted at members’ homes are free to attend). “We try to keep most events affordable, because when we plan something that costs more, like $40-$50, some people can’t afford it.”

Roughly 50 percent of the membership draws from Montclair, with members from Bloomfield, Verona, Glen Ridge, Cedar Grove and the Caldwells making up the rest. Members range in age from 24 to 75, with the average being late 40s. Pincus says as the membership has grown, it’s become more diverse and includes both married and single members.

There have also been some growing pains and lessons learned.

Pincus found that as the group grew in numbers and developed an active, diverse online community on its Facebook group, he didn’t feel comfortable dealing with all the decisions or conflicts that can arise between almost 200 different personalities on his own. The group now has a “Council of Elders,” formed in May of last year, which consists of five SHG members who, by majority vote, determine all policies and rules for the group (and membership), manage disputes, make committee appointments, oversee the dues fund, and serve as administrators and moderators of the Study Hall Gang Facebook page.

What helps, says Pincus, is people now avoid posting anything with politics or religion and for the council to deal with individuals directly to keep any conflicts to a minimum. “We don’t want members fighting because it’s a social group and it would make things awkward. It’s rare that things get snarky or argumentative, because the Facebook page is really for fun and to help members stay connected.”

Keeping the online community as a safe, social space has yielded rewards. “The group has evolved so that it’s not just about the regular Friday Nights gig. It’s become a real community, people are spontaneously getting together, planning and suggesting different social events, even meeting up outside of the group.”

For Beth, being co-host has enriched her life, too. “Before I just lived in Montclair and didn’t know anyone, but now I feel really connected to town. The Study Hall Gang has given me a greater sense of belonging.”

In some cases, members have discovered that they lived in the same building or street or saw each other every day on the same train platform but never met before. “Now they are friends who go out for dinner,” says Beth. “It’s amazing to watch little groups form and for people to support each other and network. It’s become a very close knit group and people get together at the spur of the moment.”

Pincus agrees. “The biggest plus for me is that there are all sorts of friendships forming organically now. Two weeks ago on a Saturday night we went dancing with six other people from the group and at the same time, another 7-8 people got together for movies, and also the same night, another two couples met to have dinner,” he says.

Margo Bruton, one of the early members, remembers what it was like before she found the Study Hall Gang. “I’ve lived in Montclair for about 10 years. I moved here as a single person and have a busy job, traveling for business frequently during the week. As a lot of people do, I felt lonely at the end of the week and during the weekend, without a spouse, children or family close by. Who wants to hang out alone at a bar? I’ve taken classes and attended events but connecting was still a struggle. I saw Andrew’s post on the Watercooler and after some hesitation, I worked up the nerve to go and check it out. It was a revelation! Nice people, no agenda or “cliques”, just neighbors having a good chat and a laugh to relax after a long week. It’s not a singles scene and I really like that there are people of all ages. It became so much more than I imagined it would. I just had lunch with a girlfriend I met through the group!”

Tony Orbach, another longtime member, felt somewhat disconnected from Montclair because he and his family moved to the area when his kids were teenagers. “We missed out on all the play dates, little league, PTA, etc. that might typically act as an introduction to other parents and neighbors,” says Orbach, who adds that he and his wife Martha have met people in the group from all ages, with lots of different backgrounds and interests. “That makes it more interesting than, say, a typical group from work. It’s also been heartwarming to see how people have quickly come to be close enough to help each other out in various ways – it’s become a kind of support group for some. And Beth and Andrew are the best hosts – they hung in with the idea until it caught on, and they continue to preside over our Friday gatherings, offshoot groups, various outings and events. They want everyone to feel welcome, and it’s hard not to feel that way once you’ve met them.”

There’s a lot more to the Study Hall Gang, including a book club, a Nerds Auxiliary and a recurring brunch event. To find out more, you just have to show up, Friday Night at Fitzgerald’s 1928, 9 p.m. Look for the group of people having a blast. 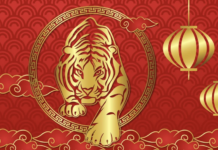