Weidman, who was the CEO of the Summit area YMCA for 20 years, succeeds Jo Ann Short, who left the YMCA of Montclair after seven years at the helm.

“We are fortunate to have someone with the depth of YMCA experience that Tim has in strategic planning, board governance, capital development and operational support,” said Board Chair Victoria Herzberg. “Tim is passionate about the Y and he understands our mission to strengthen individuals, families and community by developing spirit, mind, and body. He also has demonstrated experience working as a CEO for a similar sized YMCA.”

Weidman was attracted to this position because of his familiarity with the Y and the staff and its rich tradition of serving the greater Montclair community.

“I’m enjoying my experience leading the YMCA of Montclair a great deal,” said Weidman. “The staff, members and the community have been very welcoming. It’s my goal to make the transition for a new permanent CEO a smooth one.”

Weidman worked for the YMCA movement for over 40 years. He was the Resource Director for YMCA of the USA serving New Jersey YMCA’s before retiring in 2013. Prior to that, he spent 20 years as the CEO of the Summit Area YMCA, a three branch YMCA association serving 18,500 members and a community of 80,000 residents where he raised $17.5 million during his tenure.

While at the Summit Area YMCA, he oversaw annual revenues of over $13 million and collaborated with over 35 agencies to make that YMCA a vibrant community resource. 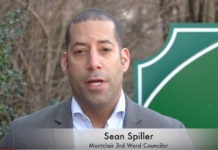