With President Trump’s controversies consuming most media attention, there has been very little discussion of the gubernatorial race, says Montclair’s Jeff Jacobson. “I’ve been thinking a lot about that race—and, in particular, about the candidates’ fiscal plans, which simply don’t add up. I saw these issues up close while I was in the Attorney General’s office, and I would love to start a local conversation about them.” The following is Jacobson’s opinion piece on three top fiscal problems — property taxes, school funding, and the pension crisis — and why he believes both Ambassador Murphy’s and Lt. Gov. Guadagno’s announced plans to address them fall short of the problems’ magnitude.

New Jersey’s three most critical fiscal problems—high property taxes, a controversial and troubled school funding formula, and the unfunded pension liability crisis—are closely related, and the next Governor’s attempts to solve them could have an outsized impact on Montclair.

Because many Montclair residents will be involved in the gubernatorial campaign, let me try here to provide a short, nonpartisan explanation of these problems so that you know what to listen for when the candidates discuss their proposed solutions.

Property Taxes: Nearly everyone in New Jersey agrees that our property taxes have long been too high. The institution of a state income tax in 1975 was supposed to be the permanent fix, with the constitutional amendment authorizing the income tax dedicating all revenues to property tax relief. Article VIII, Section 1 of the Constitution says that “[n]o tax shall be levied on personal incomes…unless the entire net receipts therefrom shall be…placed in a perpetual fund designated the Property Tax Relief Fund…exclusively for the purpose of reducing or offsetting property taxes.” The Constitution, however, does not say whose property taxes these income tax funds should “reduce or offset.”

School Funding: Which brings us to our next problem. Since the mid-1980s, our State Supreme Court has mandated massive state funding to 31 historically poorer school districts known as the “Abbott districts” (named for the Abbott v. Burke state Supreme Court cases). Nearby to Montclair, East Orange and Newark both are Abbott districts. Those districts spend, on average, more than $20,000 per pupil on education, most of which comes from the State. Non-Abbott districts generally spend less than the Abbotts, with the bulk of that money, as in Montclair, coming from local property taxes. Less wealthy districts cannot adequately fund schools through property taxes alone because the local property tax base is not high enough. But critics of the Abbott process point to Jersey City, an Abbott district with an increasingly valuable property tax base, and wonder why income taxes paid by residents of Montclair should be subsidizing lower property taxes for luxury condominium owners in Jersey City. With so much school spending going to the Abbott districts by Supreme Court mandate, and a lack of funds generally, the State’s roughly $7 billion in public school spending has been short-changing non-Abbott districts by about $1 billion per year, according to the statutory funding formula. Some, but not much, of that $1 billion would benefit Montclair. For Montclair to see much more state funding, our Supreme Court would have to radically rethink its Abbott decisions or the Legislature and the voters would have to approve a constitutional amendment on education funding.

Unfunded pension liabilities: Although the State recently transitioned away from a guaranteed pension for newer hires, those who have been working for the State for many years are entitled, upon retirement, to a pension based on their last years’ salary and to relatively generous lifetime healthcare benefits. The State knows, in general, how much these benefits will cost. The State Constitution, however, does not require the Governor and the Legislature to contribute to the State pension funds the amounts necessary to pay for the promises that have been made to these workers. Too often in the past, under both Republican and Democratic control, our State government decided not to devote enough tax dollars to the pension funds, and the unfunded obligation grew larger and larger. Early in Governor Christie’s term, he, the Legislature, and public employee unions agreed to a statutory compromise that was supposed to see pension contributions ramp up a tenth-per-year until the contribution eventually reaches the required amount of about $5 billion per year. But Governor Christie soon found he lacked the funds to make those payments without large tax increases he refused to authorize. The Legislature budgeted for the full payments, proposing to raise taxes to do so, but Governor Christie line-item vetoed those tax increases and reduced the amount the State contributed to the pension funds. Our Supreme Court upheld his vetoes despite the law he signed mandating higher payments. Governor Christie’s final budget for this year includes about $2.5 billion for the pension funds, which is a huge part of the State’s budget but still about $600 million less than the statutory agreement would have required.

When a candidate for Governor this year proposes to fully fund schools according to the statutory formula, and to make the statutorily-required (but still less than full) pension payment in the next fiscal year, the cost of those two promises in the first year alone would be $1.6 billion. The cost then would be some $600 million higher in Year 2, and increase by even more than that in Years 3 and 4, just to maintain the pension ramp-up and account for higher school operating costs. Because Montclair would not be due much more school money even with full funding of the current school formula, very little of this increased spending would come to Montclair and help reduce our property taxes.

Ambassador Phil Murphy, the Democratic nominee and odds-on favorite to become our next Governor, just released details of his plan to increase taxes. He believes that a combination of new taxes on income over $1 million and so-called “carried interest” earned by hedge fund managers, higher corporate taxes, and taxes on marijuana sales (which he would fully legalize), will raise $1.3 billion. His proposed “millionaire’s tax” would bring New Jersey’s top income tax rate to 10.75%, which is nearly 2% higher than New York’s (8.82%), 4% higher than Connecticut’s (6.99%), and massively higher than Pennsylvania’s (3.07%), arguably providing a significant incentive for “millionaires” to consider residing outside New Jersey. A net outflow of high-income residents would prevent the new taxes from raising as much as expected. Those tax increases, Mr. Murphy says, plus normal economic growth, would allow him to keep his promises on school funding and the pension payment in his first year in office. He has not said what he would do to bring in the added revenue needed to keep these promises, including much larger pension payments, in later years.

Lieutenant Governor Kim Guadagno, the Republican nominee, has discussed a plan to provide income tax credits based on property tax payments. She says she would pay for this with unspecified savings elsewhere in the budget identified through a comprehensive audit of state spending and with $1 billion she believes will arrive through higher economic growth. The Lt. Governor has not released detailed plans with respect to school or pension funding. Her website includes plans to reduce spending on retiree health benefits and to reform the school funding formula to decrease the proportion of school funding spent on the Abbott districts.

As a Montclair resident, I worry greatly about both sets of plans. Our state faces major fiscal challenges, and Montclair—with very high property taxes and schools that need more funding—typifies those challenges. I respectfully suggest that we should demand more detailed proposals from both major candidates, and consider the impact of those plans on our township, before committing our support. 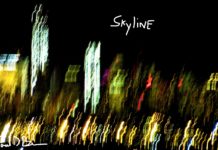 ‘Other Imagery’ Art Series Looks at Familiar and Unfamiliar