The Mounties went 1-2 in boy’s epee as junior Brian Roseboro had a standout night, taking second, just behind Sherwin. Freshman Amira Mutakabbir had a great showing in her first year with the program at fourth place in women’s epee.

The girls’ team finished second overall at the championship, tying the winning Bergen Tech with 67 victories but ultimately falling in touches with 358 to Bergen Tech’s 372.

In foil, both the girls and boys teams earned third place honors as junior Lee Meyers fought to an individual fourth place in men’s foil as classmate Lila Zimbalist earned fourth in women’s.

In women’s sabre, the sophomore duo of Grace Van Atta and Grace Edgington finished in fourth and fifth, respectively, to lead the team to a second a place finish overall in the category. Boys’ sabre finished fifth overall in the night.

The success of the girls fencing team at the district championships is a tribute to their dominance all season long. The girls’ team is currently undefeated at 9-0 in regular season dual meets, topping their conference. Despite being in a rebuilding year, the boy’s team has remained competitive at 4-4 on the season.

Up next the squads will face Morris Hills on Feb. 2 as they look to continue their success into championship season as Troupe will split her focus on the upcoming 2018 Junior Olympic Fencing Championships which she will compete in Feb. 16-19.

“We recognize that our season is just beginning and are looking forward to State competition,” Chang said. 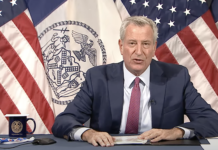 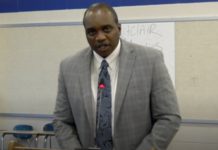 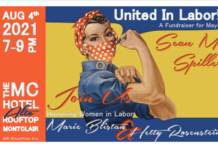