This is the story about two crime bosses, one purveys illicit booze and drugs, the other oversees 27 brothels.

Their legions fought each other with razor blades. Blood flowed in the streets of Sydney, Australia.

These legendary rivals were both women and their story is true.

You’ll have a raucous good time at Razorhurst, Luna Stage’s two-women musical running until March 4. The story is about Kate Leigh and Tilly Devine, two girls born into poverty, who thanks to their guile, rose to the heights of the Sydney underworld from the mid 1920s until the beginning of World War II.

The show is an imaginary reunion of Kate and Tilly in one of their old haunts, now owned by Tilly’s great, grandson. Kate Leigh, played with pluck by Catherine Fries Vaughn, starts the musical by singing about how she rose from a poor farm girl to master of the “sly grog” trade in Sydney. After World War I Australia passed a law prohibiting the consumption of alcohol after 6 p.m. Kate capitalized on that by buying liquor from hotels and reselling it after hours. Crimeboss John Gotti sported tailored suits. Kate Leigh wears a wide-brimmed sun hat, conservative dress and a stole. She carries a pistol in her purse. Kate sings about being the “best woman in Sydney” because she threw Christmas parties for the local kids.

Tilly, played winningly by Claire McClanahan, is brash and bawdy. She sings about being born on the West End of London and surviving because of her ability to persuade men to “dip their quill in her ink well.” Tilly meets her husband Jim Devine in London and they move to Sydney where Tilly uses her “tits and wits” to build an empire of brothels.

Greed and a power struggle, fueled by sensational new stories, drove these women to clash.

Librettist Kate Mulley has a knack for spinning fun yarns with her lyrics, painting colorful pictures of these powerful, yet flawed women. Music director Andy Peterson mixes jazz and ragtime to give the musical a period flavor without sounding dated. Throughout the play Fries Vaughn and McClanahan verbally thrust and parry each other. They fill the sparse stage with their characters’ huge personalities.

Later we see both women betrayed. The actors take us past the bluster to reveal the vulnerable sides of these characters. Yet despite the heartbreak, Kate and Tilly carry on because they are strong, smart and “savvy as f***.”

Here are the details: 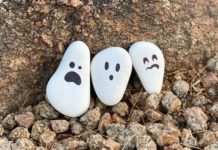 Halloween At Home: Fun, Safe Alternatives To Trick or Treating 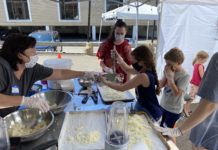 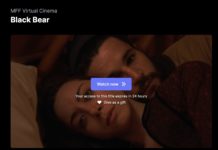