Montclair Film offers a volunteer program that allows members of the community to play a pivotal role in the production of the film festival and other events throughout the year.

“Montclair is a very special community, so to be a part of this festival in the community… you get to meet different people and interact with the community and it’s just a really fun place to be and do that,” said Sheila Cole, a Montclair Film volunteer of four years.

For Cole, a retired principal, the volunteer program allows her to give back to the community and enjoy the ability to meet different directors, producers and other Montclair locals throughout the community.

But for the younger volunteers, the program is a great way to kick start their career path in the industry and get experience and knowledge about different aspects of film.

Cole recalls one of her favorite moments during her time as a volunteer at last year’s opening night of the film festival and the premier of “Step.”

“Last year the first film was a film called “Step,” and it was about a group of young African American girls and who were on a step team and it just showed their progression from first getting involved in it, all the way up to winning some of kind of step competition,” Cole said. In her volunteer efforts, Cole played an instrumental part in promoting the film and encouraging people to come out on opening night to see it.

“It ended up being a packed house, it was really wonderful, and the film itself crossed boundaries,” she said. “Even though it was about this group of African American kids, the theme in the movie was about family and about stamina and about parents caring for their kids, so it really crossed color lines, it crossed boundaries, and everybody in the theatre was crying. It was just a really wonderful film and I felt really good that I promoted it and that a lot of people turned out and supported it.”

Cole has also volunteered as part of the local business outreach street team in effort to sell advertisements for the festival’s booklet.

“That’s really great because you get to interact with a lot of the people in town and get to know a lot of the small shops,” she said.

Montclair Film will be holding Volunteer Information Sessions on Sunday, March 25 from 12 p.m. to 1 p.m. and Monday, March 26 from 7 p.m. to 8 p.m. at the Cinema505 on 505 Bloomfield Avenue in Montclair. Volunteers must be at least 16-years-old. 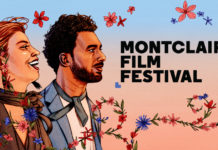 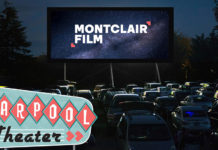 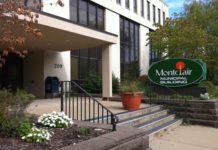 (UPDATED) League of Women Voters, NAACP of Montclair To Rally For Change To Ensure All Votes Counted