The Montclair Zoning Board of Adjustment met with a bare quorum – five members, Board Chairman William Harrison, Vice Chair Joseph Fleischer, and members John Caulfield, Angela Harris and Jonathan Moore  – in going over a commercial application and three residential applications at its August 15 meeting.  The highlight of the evening was the lone commercial application, a plan to turn the old Montclair Saving Bank building on Bloomfield Avenue, last occupied by Bank of America, into a office building.  The application was favorably reviewed at the July 27 meeting of the Historic Preservation Commission (HPC).

Architect Chris Manos of Architectura explained the plan for an office building for the palindromically titled Sovos Brands, which specializes in buying the rights to prepackaged foods.   As his colleague Matthew Ponsi told the HPC in July, Manos told the Zoning Board that the applicant would be seeking a variance for first-floor office space in a commercial retail zone and a variance for two five-square-foot bronze plaque signs identifying the firm at the front entrance facing the corner of Bloomfield and Glenridge Avenues when only one such sign, four square feet in area, is allowed.  Manos also reiterated Ponsi’s explanation to the HPC to open the basement windows facing Glenridge Avenue to allow light in, though the wrought-iron bars would be kept for security reasons.  Manos further explained that another firm had planned to lease the first floor and Sovos had only leased the second floor, with its main entrance to be the side door on Bloomfield Avenue leading directly to a staircase to the second floor.   When the other tenant bowed out, he said, Sovos took over the first floor and reconfigured it to have its main entrance at the corner of Glenridge and Bloomfield Avenues, and the interior was redone to allow direct access to the first floor from the side door.  Eight larger workshop areas would now occupy the first floor, plus a large conference and a kitchen for sampling the food products the firm deals with.  A main staircase and an elevator would provide second-floor access.

Dean Donatelli, the attorney for the project, noted the small number of board members present and asked that the testimony of Rich Keller, the planner for the project, be postponed until the board’s September 12 meeting.  Donatelli wanted the full board to be privy to the application, and he requested that the recording of the meeting be made available for the perusal of the absent members.  The board agreed.

The residential applications all involved bulk variances, and two of them brought to the fore figures well known to followers of Montclair’s land-use and development boards.  HPC member John Reimnitz, in his capacity as an architect, presented a plan for a house at 167 Highland Avenue, owned by a Wisconsin couple who planned to move to Montclair for their retirement. Dinesh and Neena Shah wish to remodel the house, turning a small enclosed porch on the northern end of the house into a work space and a pantry while adding an additional room over the existing garage from converting a greenhouse, as well as adding a powder room to the house’s southeastern corner and a rear deck.  The Shahs sought a variance to permit a 42-foot-9-inch front-yard setback less than the required 61-foot-4-inch average for front-yard setbacks, as well as a side-yard setback less than the required 12 feet, at 11 feet 4 inches.  Reimnitz also planned an elevator, a stairway, and a hall in the new addition at the house’s southeastern corner.

Caulfield had reservations about the front-yard setback, but he deferred to his colleagues on the matter.  The rest of the board members in attendance were supportive of the plan, but Vice Chair Fleischer wondered if the house’s side could be shaved by a few inches to eliminate the need for a side-yard variance. Reimnitz said that he couldn’t do that because he was working in the confines of the house’s existing foundation. The house sits on a slope, with the garage at the basement level.

Chairman Harrison proposed a condition that the side-yard setback only for the addition of the northwestern corner of the house to keep encroachment of the house in check.  With that, the application was improved, and the Shahs received an unofficial welcome to town.

Also, Carmel Loughman of the Planning Board came before the Zoning Board asking for variances for a shed she planned for a notch in the back of her property that extended over the adjacent property.  She requested variances for a side-yard and a rear-yard setback to allow the shed to be set back four-tenths of a foot – about five inches – from both the side and rear property lines when the minimum setback for both the side and the rear is six feet.  Loughman said she needed the variances to make the shed fit into the niche in the northwestern corner of her property, where a since-demolished shed had previously been.  Despite support from her neighbors, which she documented with copies of e-mails, Fleischer objected to the five-inch setback, saying it would be impossible to tend to the miniscule space between the shed and the property line.  Board members suggested pulling the shed farther away from the property lines, but Loughman feared that the shed, the side of which would face the long driveway, would encroach on part of the driveway and lessen space for parking cars and pushing aside plowed snow. The board members said that three-inch setbacks for the side and rear could alleviate the problem, and they also suggested rotating the shed 90 degrees so that the end, not the side, faces the driveway and allows more room for parking and plowed snow.  Ultimately, Loughman did not get the five-inch setback variances she sought, but she did get the three-foot variances the board members suggested as an alternative.

The board also approved a new garage for applicants Mary Clark and Alexis Charnee, who sought to replace the existing garage at their Stephen Street house. 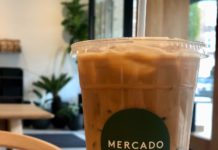 Mercado Opens in Upper Montclair, After Two-Year Journey to Cross The Street 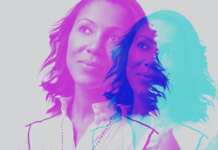 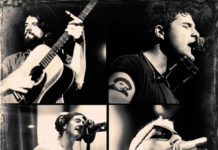