Home Featured Posts Road Rage: Be Safe Locally – And On Your Road Trip

Summer causes road rage incidents to increase. Unlike winter, when there are hazardous road conditions due to snow or ice, summer often means driving on clear roads, lulling drivers into a less-than cautious state. Then there’s cabin fever — drivers have been cooped up indoors and are eager to get to the lake, beach or some other vacation destination in a hurry. Summer road construction adds yet another wrinkle, with lane closures causing delays, tight detours and frustration. It all adds up to a perfect storm for roadway disaster. According to statistics from AAA Foundation for Traffic Safety (AAA), more than half of all drivers have experienced a road rage incident. Some 80 percent of drivers report they have expressed anger, aggression or road rage behind the wheel within the last year.

Captain Vincent Terney of the Bloomfield Police Department says road rage has become a serious problem locally in recent years. Earlier this summer, Robert Young, 25, of Union and Anthony Governale, 50, of Clifton got into an vehicular altercation, with both men assaulting one another at the intersection of Bloomfield Avenue and Ella Street. Young stated he was struck in the face by Governale and sustained a laceration to his lip, while Governale received an eye irritation telling police he was struck on the head twice by Young near the train station.

According to the AAA, an estimated 1,500 people a year are seriously injured or killed in senseless traffic disputes. Stephen Rajczyk, manager of public and government services, AAA North Jersey, says that 66 percent of traffic fatalities are caused by aggressive drivers and 37 percent of aggressive driving incidents involve a firearm. He also added that males under 19 are the most likely to exhibit road rage and half of the drivers who are on the receiving end of aggressive behavior, such as horn honking, a rude gesture, or tailgating, admit to responding to aggressive behavior themselves.

“Over a seven year period, 218 murders and 12,610 injuries were attributed to road rage,” he further added. “Another scary statistic worth noting is that two percent of drivers admit to trying to run an aggressor off the road. These statistics, compiled from the National Highway Traffic and Safety Association and the AutoVantage auto club, show that aggressive drivers and road rage are causing serious problems on our roads.”

So what can you do to avoid a road rage incident?

Don’t react in kind. “You can’t let your anger take control and getting out of your vehicle and getting into an altercation is not a safe thing to do,” Terney explains. “If some find themselves in an escalating encounter, they should pull over the side of the road and call police.”

Be patient. “The odds of confrontation increases during these summer months, given the number of motorists in a rush to get to their destinations,” Rajczyk says. “People just don’t have the patience that they used to have years ago.”

Timing is everything. Road rage is triggered by heavy traffic, so avoid peak times whenever possible. “I tell people to try to leave when there aren’t going to be so many other motorists on the roadways, if they can,” Rajczyk adds. Leaving the day before a holiday weekend or even the night before can often help.

Be prepared. Keep cold bottles of water and snacks handy, especially for children — and the driver. Make sure kids have entertainment for those long trips — audio books can help make the time go by, even when you are standing still in traffic. 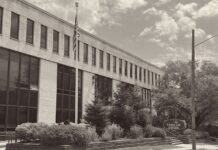