The Bloomfield Fire Department headquarters at 375 Franklin St. is being lit up every evening from dusk until dawn, as part of the national ‘Light the Night for Fallen Firefighters’ remembrance, which lasts from October 1 to 7. “The brave men and women of the Bloomfield Fire Department respond to thousands of emergency situations in town every year, putting their lives on the line,” said Mayor Michael Venezia. “‘Light the Night for Fallen Firefighters’ is just one way we can pay tribute to Firefighters throughout the nation who have paid the ultimate sacrifice to protect our communities.”

The United States Congress created the National Fallen Firefighters Foundation to lead a nationwide effort to remember America’s fallen firefighters. Since 1992, the tax-exempt, nonprofit foundation has developed and expanded programs to honor our fallen fire heroes and assist their families and coworkers. In 2017, the foundation created ‘Light the Night for Fallen Firefighters’ in honor of their 25th anniversary. Cities around the country honored the fallen by turning national landmarks into red, glowing reminders of their sacrifice. Three Bloomfield Firefighters have died in the line of duty: Archie Heath in 1937; John Marshall in 1955 and George Conner in 1971.

“I am proud to illuminate the night in honor of our fallen brothers and sisters,” said Fire Chief Louis Venezia. “I would like to thank the families of Firefighters Heath, Marshall and Conner for their sacrifices for our community. We will never forget their commitment, and will continue to keep them in our memories forever.” 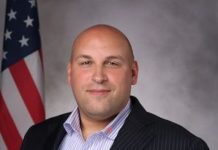 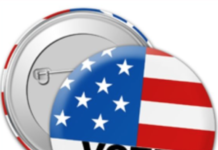