Beloved wife, mother, grandmother, teacher, friend, mentor, and lifelong writer and scholar, Louise A. DeSalvo, PhD., died in her home in Montclair, NJ, October 31, 2018, at the age of 76, with her loving husband of 55 years by her side.

Louise was born in Hoboken, NJ to Italian American parents in 1942. After finishing high school in Ridgefield, she attended Douglas College in New Brunswick, where she majored in English and graduated in 1963. She taught at Wood-Ridge High School for four years and went on to pursue a PhD in English at New York University. After teaching at Fairleigh Dickinson University, she was hired in the English Department at Hunter College, where she became Jenny Hunter Endowed Scholar for Creative Writing and Literature. Even after her retirement for health reasons, she continued writing and stayed in touch with many beloved former students. Teachers and students everywhere continue to be influenced by her powerful voice and lessons.

Memoirist, biographer, scholar, teacher, and mentor to myriad students and writers, Louise had a literary career as distinguished as it was groundbreaking. Her biography of Virginia Woolf, Virginia Woolf: The Impact of Childhood Sexual Abuse on Her Life and Work, and her textual scholarship on Woolf, have been profoundly influential, as have been her many single-authored and edited books, including Conceived with Malice: Literature as Revenge; Vita Sackville-West’s Letters to Virginia Woolf; Between Women: Biographers, Novelists, Critics, Teachers and Artists Write About their Work on Women; Territories of the Voice: Short Stories by Irish Women; The Milk of Almonds: Italian American Women Writers on Food and Culture; and Melymbrosia: A Novel by Virginia Woolf. In 1987, DeSalvo published a novel, Casting Off, and by the mid-1990s, turned almost exclusively to memoir, essay, and a historically and culturally grounded exploration of her Italian American identity.

As a third-generation Italian American, she proudly claimed and wrote about her working-class ethnic origins with a profound understanding of the transformative power of cross-cultural solidarity. Vertigo, published in 1996, has been recognized as the most influential memoir in Italian American literature. As a memoirist, DeSalvo was a trailblazer who understood the complexity and contemporary relevance of memoir to disenfranchised communities. Vertigo was followed by several other memoirs, including Crazy in the Kitchen, Chasing Ghosts, and The House of Early Sorrows. DeSalvo believed that words can be an instrument of change and lived her life accordingly, following that principle in her daily writing practice and in her immeasurably influential work as a teacher. Mentor to countless writers, she authored Writing as a Way of Healing, The Art of Slow Writing, and wrote the blog “writingalife,” each of which demonstrated her genius and generosity as a writer who demystified the craft and broke it down into a practice essential to the lives and well-being of so many people.

Louise’s passion for family created a home and hearth. Her creative pursuits were driven by her thirst for knowledge, deep curiosity, and desire to make a beautiful gathering place for her family. She was an avid and gifted knitter, weaver, painter, and cook. She famously wrote that life is too short for even one bad meal, and lived every day fully, making and spreading beauty as an ever-present force in her family’s lives.

She is survived by her husband, Ernest DeSalvo, MD, two loving sons, Justin and Jason, beloved grandchildren Steven and Julia, and daughters-in-law Lynn and Deborah. Family, friends, scores of students, and the literary world have all suffered the loss of a beautiful person and a brilliant mind.

Services will be held on Saturday, November 3rd, from 11am-1pm at the Unitarian Universalist Congregation at 67 Church Street in Montclair, NJ 07042.

In lieu of flowers, donations may be made in Louise’s name to ProLiteracy www.proliteracy.org/donate 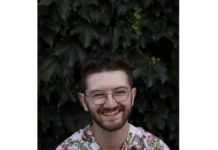 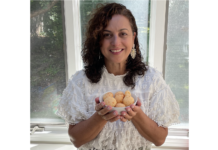