The Theater League of Clifton will open its fall season with “Godspell 2012” at the Theresa Aprea Theater, 199 Scoles Ave., Clifton, on November 2, 3, 4, 9, 10, and 11. Friday and Saturday performances begin at 8 p.m.; Sunday matinees start at 3 p.m. The Nov. 3 show has been designated as a sign-language interpreted performance.

Tickets for adults are priced at $23 in advance; $28 at the door. Tickets for students and seniors are priced at $18 in advance and $23 at the door. Group discount rates are available. Tickets may be reserved by phone (973-928-7668); online via the theater’s website (www.theaterleagueofclifton.com); or regular mail—payment by check only. The theater league’s mailing address is: PO Box 4072, Clifton, NJ 07012. The Theater League of Clifton will present the show through special arrangement with Music Theatre International (MTI), New York.

The original production of Godspell, a musical composed by Stephen Schwartz with the book by John-Michael Tebelak, opened off-Broadway on May 17, 1971 and has become a beloved show staged over the years in revivals by numerous theater groups. Godspell 2012 is an updated version of the original show, unveiled in a Broadway revival in 2012, with new vocal arrangements and script updates.

Tickets may be reserved by phone (973-928-7668) or online via the theater’s website (www.theaterleagueofclifton.com). 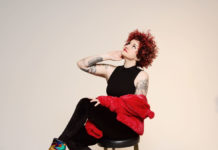 Outpost in the Burbs Presents Singer-Songwriter Carsie Blanton This Friday! 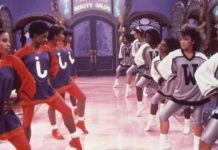