Google Developer Advocate Ben Morss and New Jersey Deputy District Attorney Kenneth Levine will delve into questions of internet privacy, cybersecurity, and how much your mobile phone really knows about you at the Luna Stage World Premiere of Christina Gorman’s Roan @ The Gates. The two guests will take the stage following two performances: Saturday, February 9 at 8pm and Sunday, February 17 at 3pm.

Levine’s investigations into data privacy include Facebook/Cambridge Analytica and the tracking of consumer geolocation by cell phone carriers. Morss describes his work as “traveling the globe making the Web faster and more beautiful.” These special post-show conversations, immediately following the performances, will help audiences relate the fictional world of the play to our real-world cybersecurity dramas.

Set in Washington D.C. and Russia, Roan @ The Gates explores what happens when personal lives collide with national security. Mel House plays the role of Roan, a data analyst for the NSA, and Aaliyah Habeeb is Roan’s wife, Nat, a lawyer committed to human rights advocacy. The play, directed by Michelle Tattenbaum, has been described as “a beautiful and high-stakes adventure that illuminates the cost of secrecy.” 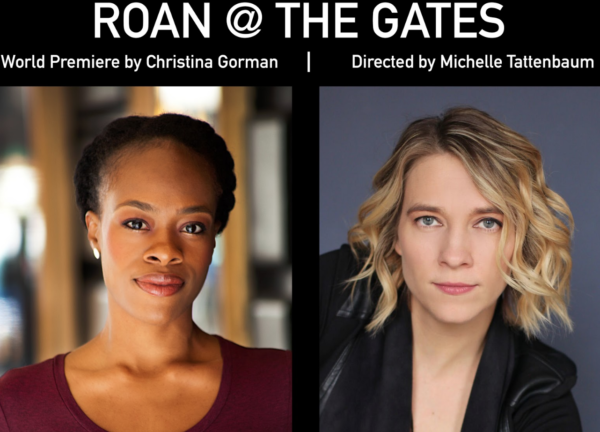 “Roan @ The Gates springs from my alarm at the rapid pace at which our supposedly private online data is being swept up and catalogued by individuals, companies, and governments,” said playwright Christina Gorman when asked what inspired her to write the play. “Now that virtually everything about ourselves exists in electronic form, is the battle already lost? Is the very notion of privacy gone for good?”

Both Levine and Morss live in Montclair, and began discussing internet privacy issues while walking their dogs on Saturday mornings.

Tickets to Roan @ The Gates are $16-39, and play tickets include post-show conversations. Tickets are available at LunaStage.org/Roan or by calling 973 395 5551. A limited number of premium Opening Night tickets are available for $59, including the post-show party with cast and creative team. The new Luna Circle invites donors of $1,500 (Gold Circle) or $2,500 (Platinum Circle) to attend an exclusive cocktail party with Morss and Levine before the Saturday, February 9 performance.