After a three-month hiatus due to canceled meetings, the Montclair Development Review Committee (DRC) rang in 2019 with a meeting on January 3.  The committee considered two applications that were as far apart from each other as possible in Montclair – a Newark water facility on Valley Road near Mountainside Park and a sign business on Orange Road near the four-cornered border with East Orange, Glen Ridge and Orange.  The former application was given a full hearing while the latter applications was reviewed in advance of a full hearing from the Zoning Board of Adjustment.

Newark water officials have determined that the city’s Montclair facility at 782 Valley Road needs an upgrade to deal with excessive amounts of lead that were found in the city’s water distribution system.  Engineer David Smith of CDM Smith told the DRC that he prepared a report, completed in October 2018, for what needs to be done, and he has accordingly devised a plan to combat the lead contamination.  He advised that the city of Newark install a corrosion control treatment system at the Montclair facility.  The first phase of the project involves installing two 2,500-gallon tanks near the facility building, with one tank farther away from the building than the other so that the structural integrity of the building’s basement isn’t compromised.  The site will be leveled to accommodate the tanks, and the tanks are expected to be installed by April 2019 at the latest.  The tanks, which will contain a treatment chemical to deal with lead, will serve as a stopgap measure while a second phase to install permanent underground tanks begins shortly thereafter, with work on that done by March or April of 2020.

Martin Schwartz of the Planning Board asked if the chemical solution was appropriate for the lead mitigation, and Smith said that it was.  When asked by Schwartz if there was any danger to the residents in case of a spillover, Smith explained that the chemical did pose a danger to aquatic life – a brook that flows into the Bonsal Preserve is nearby – but he added that the tanks would be lined with double walls to prevent seepage and be protected by bollards to prevent damage.

Engineer Thomas Watkinson noted that a vehicle could damage the tanks in an accident that damages the bollards, and he also raised the possibility of a protruding object, like a trailer hook on the back of a truck, getting between the bollards and damaging the tanks.  He eventually asked about the possibility of a containing wall around the tanks to hold any chemical solution that leaked out.   Smith said he was not opposed to such an idea, and agreed to look at adding a rectangular wall, one foot tall encompassing an area 10 feet wide and 30 feet long, to contain any leaks.  The containment area would hold the capacity of a single tank — 2,500 gallons — and would be monitored regularly.  Smith was quick to point out that a Newark Water Department employee is always on duty at the facility.  Already included in his plans is a sarcophagus that will contain leaks in the permanent underground tanks that will be installed later.

The DRC established a containment area for the above-ground tanks as a condition, and it also dictated that the tanks be appropriately screened from neighbors on Potter Court, a dead-end side street of Valley Road, and that it should take no longer than 18 months to complete the second phase.  The application was approved by the DRC with no further action necessary.

The DRC then considered an application from J.C. Aviles of Competitive Signs and Graphics at 451½ Orange Road.  Aviles, whose business occupies an irregularly shaped lot, plans to add a second story to his existing building.  The second story would house a showroom, offices, and a restroom, totaling 1,267 square feet, with the work area on the first floor.  Paul Sionas, the architect for the project, said the first floor would be expanded about 4½ feet to allow vehicles to completely fit inside the existing first-floor area where they are fitted for graphic decals; the expanded first-floor area would allow them to be shielded from the rain behind the existing garage door.  The grounds would be cleaned up with new paving for parked cars and an island by the sidewalk where it meets the vehicular ingress.

Numerous variances are anticipated for this application, mainly for relief from the maximum coverage of the property allowed, a D variance to allow the existing business use in a residential area to continue, and, ironically, freestanding signage to be displayed along Orange Road.  Another variance would be needed to allow Aviles to add a second front-yard air conditioning condenser next to an existing nonconforming condensers; the new one would be for the new second floor.  Aviles said he looked into placing it elsewhere, including the roof, but found the alternative solutions impractical.

Planning Director Janice Talley suggested a monument sign as an alternative to halo-lit pylon sign, and Aviles said he thought a V-shaped pylon sign would be more visible to traffic going both ways on Orange Road – something Zoning Board Chairman William Harrison admitted he was “not crazy” about.  The DRC members also asked about lighting, and Sionas said his plan envisioned lights that would be turned off by timers.  Aviles said the lighting was necessary to illuminate dark areas of the property after hours for security reasons more than for business hours; Competitive Signs and Graphics usually closes at 5:30 P.M.  He was, though, receptive to Planning Board member Stephen Rooney’s suggestion that motion-activate lights be used instead.

The Zoning Board of Adjustment is scheduled to take up Aviles’ application at its January 23 meeting. 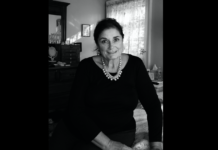 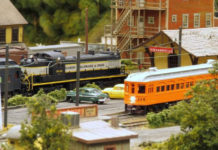 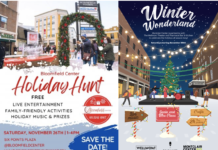