Outpost in the Burbs presents the David Bromberg Quintet on February 22, 2019 at 8 p.m. This show will take place at the First Congregational Church, 40 South Fullerton Avenue. Opening the show will be Montclair-based artists The TriSonics. John Platt of WFUV’s “Sunday Supper” and of “On Your Radar,” a monthly series at Rockwood Music Hall will guest emcee. 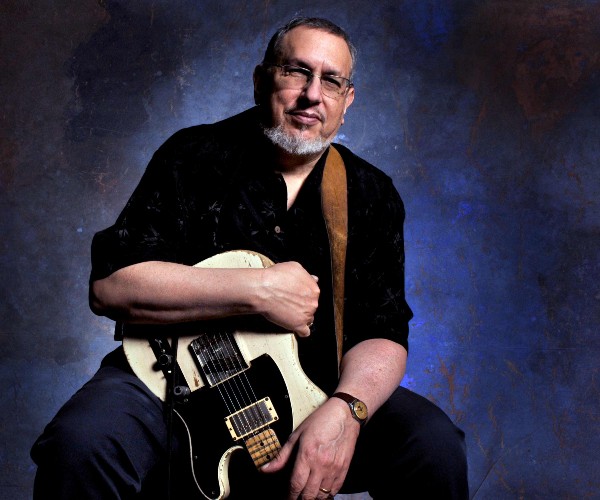 For Americana godfather David Bromberg, it all began with the blues. His incredible journey spans five-and-a-half decades, and includes – but is not limited to – adventures with Bob Dylan, George Harrison, Jerry Garcia, and music and life lessons from seminal blues guitarist Reverend Gary Davis, who claimed the young Bromberg as a son. A musician’s musician, Bromberg’s mastery of several stringed instruments (guitar, fiddle, Dobro, mandolin), and multiple styles is legendary, leading Dr. John to declare him an American icon. In producing John Hartford’s hugely influential Aereo-Plain LP, Bromberg even co-invented a genre: Newgrass.

Add in a period of self-imposed exile from his passion (1980-2002), during which he became a renowned violin expert, and Wilmington, Delaware’s cultural ambassador; top that off with a triumphant return to music-making, and you have an amazing tale leading back to one place: the blues. Now, with The Blues, the Whole Blues, and Nothing But the Blues, his first release for Red House Records, Bromberg and multi-Grammy-winning producer/accompanist Larry Campbell (Dylan, Levon Helm, Paul Simon) focus on the music David discovered in high school, when, circa late 50s, he was introduced to a friend’s dad’s collection of blues 78s. He’d only just taken up guitar as a means to pass the time while in bed with the measles.

“I loved those 78s so much,” says David, “I taped them on a portable reel-to-reel, so I could listen at home and learn.”

That love is evident in The Blues, the Whole Blues and Nothing But the Blues. The album is both blues primer and an opportunity to witness a master embracing this distinctly American music with passion and grace.

Although he remains the proprietor of the beloved David Bromberg Fine Violins in Wilmington, Delaware – “I love my shop,” he says – Bromberg makes time to tour with his quintet, and he’s already included every song in his live repertoire (save “Yield Not,” which requires a choir), from The Blues, the Whole Blues and Nothing But the Blues. As ever, he brings his characteristic devotional intensity to the music, invigorating his surprise third act with the same passion he felt as a teen, spinning those blues 78s, just before the road called.

One lucky winner will score a pair of tickets to see David Bromberg Quintet. To enter, leave a comment on this post by 10 a.m. on Thursday, February 21, 2019.