Luna Stage continues its 2018-2019 season with Roan @ the Gates, a tight, well-acted morality play about whistleblowing and its implications. While it’s inspired by Edward Snowden’s saga, the play’s exploration of widespread data collection by companies and the government is very relevant today.

Roan, played with sensitivity and complexity by Mel House, is a data analyst for the National Security Agency. She’s straightlaced and serious about her job, not even sharing the details about her work or her next assignment with her lover Nat (Aaliyah Habeeb) a fiery civil rights attorney. Nat is passionate about standing up for what she believes in. That makes an impression on Roan.

We later learn that Roan is blowing the whistle on a new data collecting system she developed while at the NSA. She’s working with a reporter from the website Transparency Now (kinda smacks of Amy Goodman’s Democracy Now! news program).

“What is being collected and stored isn’t information, it’s leverage,” Roan tells Nat. 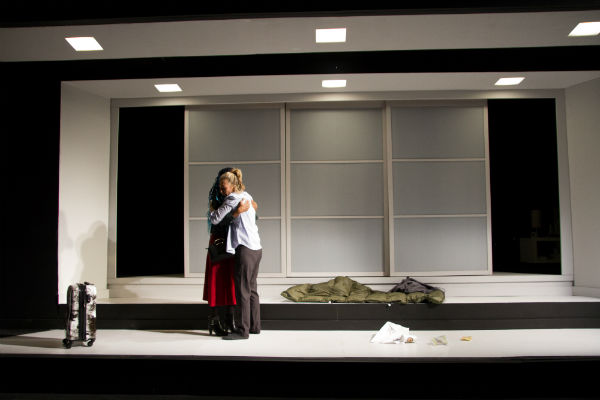 The setting for the play is sparse — a bedroom in Alexandria, Virginia and a room at an airport in Moscow. The U.S. government revoked Roan’s passport before she could make it to her final destination in South America. Less is more for director Michelle Tattenbaum who gets the most from the strong acting and chemistry between Roan and Nat.

Nat doesn’t hear from Roan and becomes concerned. Not one to sit idly by, she does some detective work herself and travels to Moscow where she finds Roan at the airport. The rest of the play explores how Roan’s decision affects her relationship with Nat. 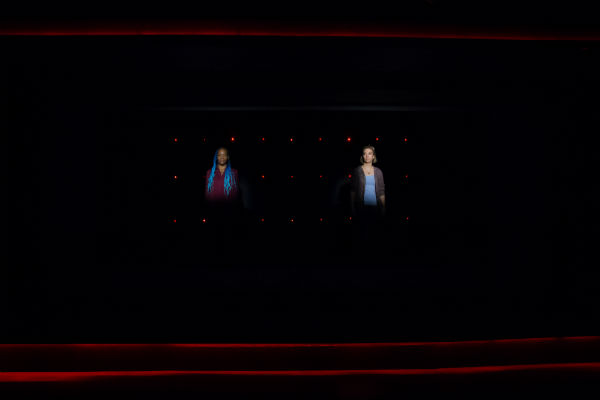 “I hope it sparks heated discussions on the drive home,” says playwright Christina Gorman. “Is what happens during the play selfless or selfish? Or some of both?”

Roan @ The Gates is at Luna Stage, 555 Valley Road, West Orange through February 24. Tickets are $16-39, and are available at LunaStage.org/Roan or by calling 973 395 5551. Performances on Saturday, February 9 at 8 p.m. and Sunday, February 17 at 3 p.m. will be followed by a discussion about cybersecurity and data privacy featuring Google Developer Advocate Ben Morss and New Jersey Deputy District Attorney Kenneth Levine.

Make Some Noise: Montclair To Clap For Heroes This Monday Night #clapbecausewecare 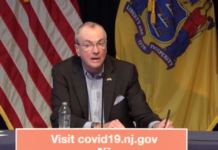