The Montclair Board of Education meeting on February 19 was sparsely attended, but Business Administrator Emidio D’Andrea presented the preliminary outline of the 2019-20 school budget to the board members and to Schools Superintendent Kendra Johnson.

D’Andrea highlighted the priorities of the proposed budget, 92.6 percent of which relies on a tax levy expected to total $118.2 million.  At least 64 percent of the budget is for staff salaries.  Of the department expenditures within the budget, regular education expenditures take up the largest share.  D’Andrea informed the board that the items the proposed budget emphasizes the most include a $40,000 salary for a new attendance officer; $195,000 for professional development and a staff to support that endeavor; $825,000 for textbooks and other supplies; and maintenance for structural assessment reports funded by a $200,000 maintenance reserve.  The comprehensive scope of the budget, though, does not balance with the anticipated revenue — with $127.7 million in total revenues and expenditures approaching nearly $130 million, the budget is 2.2 million short.  With a limit to how much additional revenue can be raised –- the result of the 2 percent tax increase cap -– decisions have to be made to erase that shortfall.

One glaring gap in the budget as proposed is a $50,000 expenditure to support the magnet program, which D’Andrea conceded was not enough to support three magnet schools.  He held out hope that more money could be found for it.  He added that meetings were scheduled for negotiations with health insurance and school-bus transportation providers in the coming days to determine any possible further savings.  He stressed in response to Board Vice President Joseph Kavesh’s inquiry about health insurance that there are not many players in that field, so the district’s options were limited.  He was more hopeful in looking for savings in the maintenance budget, saying the $200,000 assessment proposed could include repairs that could be done in-house, which would help to cut costs.  Board member Eve Robinson asked D’Andrea what he expected in the form of state aid, and D’Andrea admitted that there likely wouldn’t be much of an increase.

Having heard the evidence that D’Andrea laid out, Board President Laura Hertzog, aware of a March 12 deadline to present a budget to the county, proposed an additional meeting not previously scheduled to allow the board to go over the budget and ask questions about the various line items.  The board unanimously agreed to the idea, and President Herzog scheduled a public meeting at the cafeteria of the Montclair High School’s George Inness Annex on Monday, February 25.

A big part of the regular education budget for 2019-20 is expected to be the technology initiative to improve and expand the district’s technological investments.  District Technology Director Christopher Graber presented a plan to expand technological services for students and staff.  His main proposal was to have Chromebooks distributed to students on a 1 to 1 basis throughout the elementary schools, eventually having all schools covered up to fifth grade.   Graber’s plan also includes striving for certification with Future Ready New Jersey, a program designed to promote change in New Jersey public and private schools.  The objective of Future Ready New Jersey, according to its web site, is to “establish a culture of digital innovation, where educators are empowered to deepen and extend student learning through the use of technology, digital content, and media.”  Graber was excited to discuss with Superintendent Johnson the establishment of an objective to get Future Ready certification moving forward.

Graber’s plan would also place an emphasis on security.  His proposal involves upgrades that would enable software to lock and secure school buildings and lock doors, and he has also planned a district Intranet service to foster electronic communication between district stakeholders.  He assured the board that any outside Internet threats to such a network would be countered and filtered by the service.

Board member Jessica de Koninck praised Graber for his presentation, saying it was the best presentation she had heard in all of her time on the board.  Other members did have questions, such as how the 1 to 1 Chromebooks program would be perpetuated.  Graber said that his office would strive to replace and replenish Chromebooks every three years, based on their expected lifespan.  The technology office would have to assess the age of the Chromebooks to determine whether or when to replace them and whether the budget could handle it.  Board member Priscilla Church asked about losses and thefts. Graber reassured her that insurance would enable the district to replace any lost devices, based on their serial numbers, and he added that he anticipated a solid in-house staff to repair any and all broken devices.

In his budget presentation afterwards, though, D’Andrea reminded the board that the $100,000 planned to initiate the Chromebooks plan is merely the first payment in a three-year cycle, and he said that this would be something to consider going forward with the budget.  The program would have to be paid all the way through 2021-22. 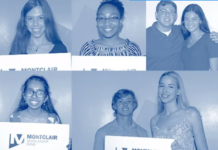 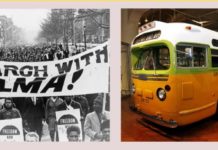