Outpost in the Burbs presents NRBQ on Friday, March 8th, at 8 p.m. This show will take place at the First Congregational Church, 40 South Fullerton Avenue. Opening the show will be Montclair-based artists Big Mamou. 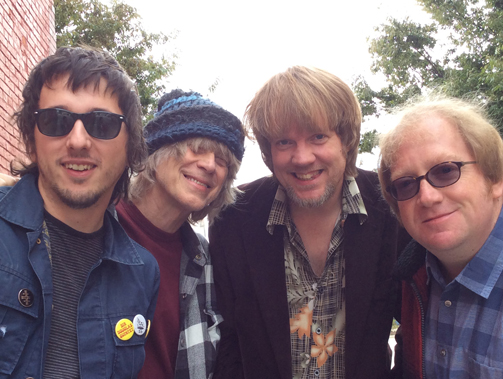 NRBQ is Terry Adams, Scott Ligon, Casey McDonough, and John Perrin. “NRBQ” stands for New Rhythm and Blues Quartet. The band’s music, a rollicking blend of everything from stomping rockabilly to Beatles-influenced pop to Thelonious Monk-inspired jazz, has attracted fans as diverse as Elvis Costello, Penn & Teller, R.E.M., SpongeBob SquarePants, Ian McLagan, She & Him, Wilco, Widespread Panic, Nick Lowe, and indie-rock band Whitney. NRBQ songs have inspired cover versions by Bonnie Raitt, Los Lobos, Darlene Love, and Dave Edmunds, among many others. In addition, the group served as the unoﬃcial “house band” for The Simpsons for the Season 10-12. NRBQ has released a series of critically-acclaimed albums in recent years, among them Keep This Love Goin’ (2011), Brass Tacks (2014), and last year’s 5-disc, 50-year retrospective, High Noon. Of the brand new Happy Talk EP, the Nashville Scene says, “…ties the pursuit of eternal youth to the idea of timeless rock ‘n’ roll.” As the song says, “You’ve got to have a dream, if you don’t have a dream, how you gonna make a dream come true?” 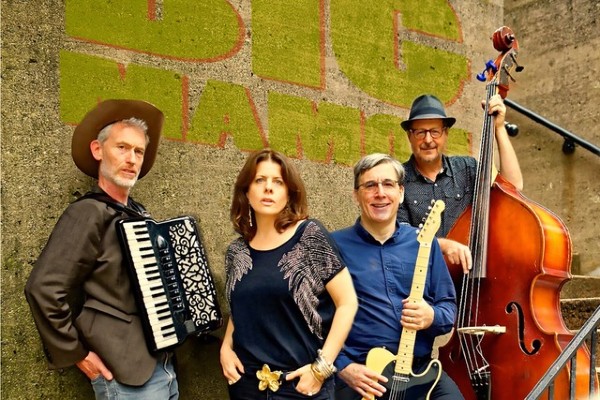 Big Mamou was formed in what could be described as a cosmic Cajun and country collision, smack in the middle of Montclair, New Jersey. While being dragged by her “har” through the Lincoln Tunnel in search of bluer skies, Sopranos and more square footage, country singer Julianne Ausum Fenhagen with brute husband/upright bassist Jim Fenhagen heard a bellowing lonesome strain of the bayou and stumbled upon a tall skinny guy in a big hat playing sweet, soulful accordion … none other than Cajun aficionado, John Sherman. Soon after, the three joined forces and just west of the Meadowland swamp, Big Mamou was born.

One lucky winner will score a pair of tickets to see NRBQ. To enter, leave a comment on this post by 9 a.m. on Thursday, March 7, 2019.