Excitement for #MFF19 ramped up Saturday at The Glitter Ball, a great night of dancing, song and support for Montclair Film Festival.

The theme for this annual fundraiser for Montclair Film Festival — The Glitter Ball: A Dance Floor Celebration Of Soul, R&B, and Funk — had the Wellmont Theater sparkling with attendees decked in sequins, sparkles, and glittery makeup.

Live music from Joe McGinty & The Loser’s Lounge kept everyone groovin’ on the dance floor while special performances from Stephen Colbert, Jim Johnson, Patrick Wilson and Warren Zanes (and his Zanes band) brought the house down.

Former New Jersey gubernatorial candidate Jim Johnson made his debut with a soulful rendition of Al Green’s “Let’s Stay Together.”

Right place and NEVER the wrong time for @stephenathome @montclairfilm

But the all-time crowd favorite was Montclair’s own movie star Patrick Wilson, who outdid himself again this year, channeling Tom Jones’ “Delilah,” Hall & Oates’ “You Make My Dreams Come True” (joined onstage by his son as Oates!) and finally, making the crowd go wild with George Michael’s “Freedom.” 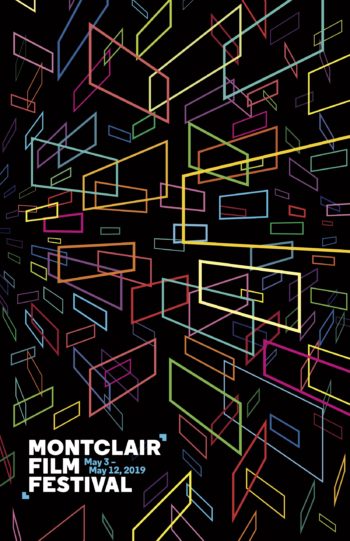 This year’s artwork was designed by local graphic artist Daniel Hertzberg. The campaign was developed by Montclair Film Directors of Marketing Kelly Coogan Swanson and Lisa Ingersoll, and was created to illustrate the way in which the festival brings unique, diverse stories to the screen.

“My vision behind the Montclair Film Festival poster was to show films from around the world converging to become a center of differing opinions, perspectives, and voices,” said Hertzberg. “The rectangular shapes represent film screens with the shapes, colors, and widths varying throughout the composition. Montclair is a cultural icon of New Jersey, and a place I have called home for over five years. Its identity is rooted in diversity, representing all walks of life.”