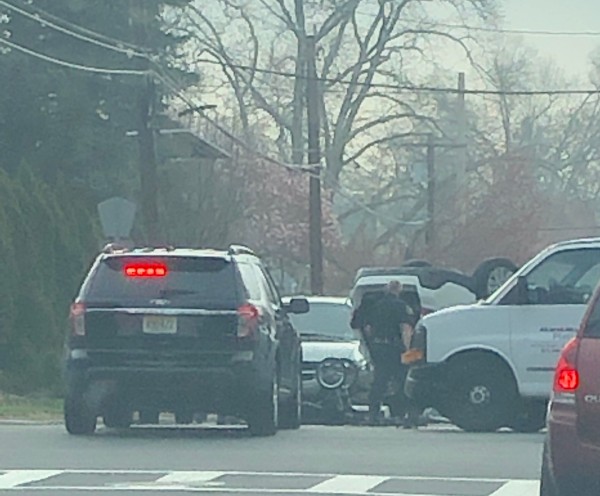 Update (4:45 p.m.) Tuesday morning at approximately 9:23 a.m., an SUV operated by a 58-year-old Montclair female was traveling eastbound on Watchung Avenue, through the intersection at Grove Street. A van, operated by a 36-year-old male from Newark was traveling northbound on Grove Street and struck that SUV on its passenger side. This collision caused the SUV to roll over and come to rest on its roof. The occupant was suspended by her seatbelt and did not sustain any injuries. She was transported to Mountainside Hospital for evaluation. The van sustained damage to its front end but the driver was not injured. The SUV side-impact airbag activated. Both vehicles had to be towed from the scene. This crash remains under investigation.