Aging In Montclair invites you to celebrate Spring at their Spring Luncheon on Saturday, April 6 from 12-2pm at 13 Trinity Place in the Salvation Army Building.

Enjoy a free lunch plus entertainment by “Songbirds Unlimited” featuring Montclair residents Adam and Jeree Wade along with Ty Stephens and Richard Cummings.

Adam Wade, a talented singer, musician and actor is perhaps best known for his stint as the host of the CBS game show “Musical Chairs” (1975), which noted him as the first African-American game show host. Over the course of his half-century long career, Adam Wade has recorded several “Top Ten” hits and appeared in more than 100 movies, theater productions, commercials and television shows.

Wade will also lead a version of “Musical Chairs” with prizes included.

Suggested donation: $5 at the door. Please RSVP to 973-707-5088 if you are planning to attend.
Park in the garage under the building and enter through the garage as the outside doors are locked on the week-end. 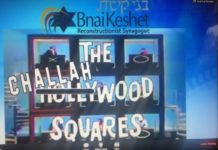 MontClairVoyant: Will This Be the Summer of Our Discontent? 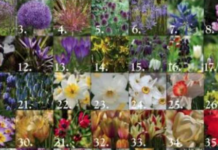