Clifton dentist Wayne Gangi is known for his extravagant, gory, over-the-top Grove Street Halloween decorations every year. He’s also a fan of Christmas lights, covering every square inch of his property with them. 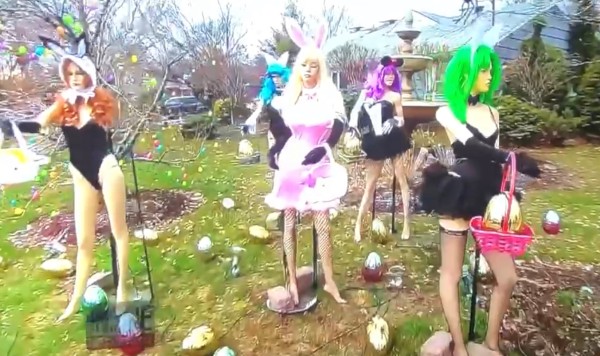 Offended by the risqué display, one woman took it upon herself to take it down. The controversy caught the eye of Inside Edition; watch the video here.

It’s not Gangi’s first conflict connected to his decorations. In 2013, he took down his display in a conflict with the city of Clifton and put up signs saying “Clifton Politics Cancels Halloween.”

Gangi, who told Inside Edition he’s surprised by the backlash because “women suggested he set up the display” had yet to bring back the mannequins Wednesday morning. The scene outside his home sends a message — a tree of colorful Easter eggs along with an ominous skull, “Do Not Trespass” signs and “Danger Do Not Enter” red tape. 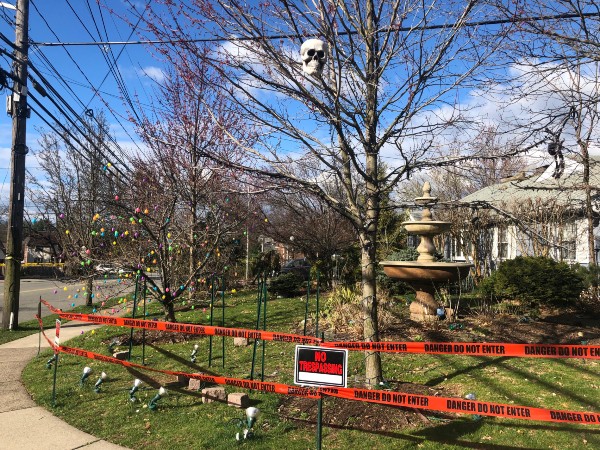