“After listening to young women talk about how CHiCA Power has positively impacted their lives, music and self-esteem, we asked them about their hopes and dreams for the future and found that many have passions that reach beyond music,” said Walker. “These young women want to be our future doctors, engineers, game developers, politicians, and changemakers,” she added. That is why we created the RISE + IMPROVISE Summit.”

There have been many women who have broken barriers so that others could follow behind them. Phyllis Hassard became the first woman to sell advertising space in the pharmaceutical sector, and spent her career paving the way for others within what was traditionally a very male-dominated field. Today, more than half of the industry is comprised of women. Sandy Smith initially studied to be a pharmacist and is now the Executive Director of Regulatory Affairs, AML Franchise and Small Molecules at Daiichi Sankyo, and Hilary Lane Apicella is a corporate lawyer charged with developing and implementing policies that protect employee and customer data. These women are among the RISE + IMPROVISE Summit panelists who will unite around a common goal – to help young women believe in their own potential.

Meet the Panelists
Open to CHiCA Power students and their families, the presentations will be followed by a question and answer session. Confirmed panelists include:

“CHiCA Power was a safe space where I could express myself as a musician and my capability,” said Emily Springer, Jazz House Kids alum and current student at Smith College. “The community of women and girls made it easier to be confident and accepting of where I was as a musician,” she said. Emily studied trumpet and vocals at tJazz House Kids and focused her college admission essay on her experience in the program.

CHiCA Power was launched in 2011 when student saxophonist Zoe Obadia expressed a desire for more girls to be included in the award-winning JAZZ HOUSE BiG BAND. At the time, young women represented 7% of Jazz House Kids Summer Workshop attendees and year-round ensembles at the JAZZ HOUSE. Currently studying for her master’s degree in jazz at The Juilliard School led by Wynton Marsalis, Zoe returns to the JAZZ HOUSE each year as a CHiCA Power teaching assistant. Today, 32% of Jazz House Kids students are young women, and 100% of the graduates go on to attend leading colleges and conservatories.

“Research and first-hand accounts helped us understand the reasons why young women were not initially participating in jazz,” says Allison Russo, CHiCA Power Program Manager. “JAZZ HOUSE KiDS built an entire program around the gender inequity issue, and we are now seeing the positive outcomes coming out of the JAZZ HOUSE.”

Additional CHiCA Power programs planned for 2019 include a final concert on April 9, and masterclasses for all students by top-tier female musicians.

“CHiCA Power is ever-evolving at the JAZZ HOUSE,” said Melissa Walker. “It has developed into a philosophy, a series of programs, and a growing movement to support jazz musicians of underrepresented genders, from beginners to professionals. The success of the program is built on giving young women the space, confidence and community to succeed beyond the band room.” 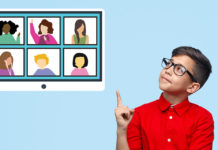