Director, actor, producer and writer Ben Stiller explored the ups and downs of sketch comedy shows, growing up in a showbiz family, the genesis of Tropic Thunder and being funny in an age of political correctness with Stephen Colbert during a freewheeling 90-minute conversation Sunday, part of the Audible Storyteller Series at the 2019 Montclair Film Festival.

The afternoon kicked off with Colbert asking Stiller about his punk rock band from the early 1980s, Capital Punishment. The band cut an album, Road Kill. One copy ended up in the hands of a man who became obsessed with the band. The story culminates with Stiller and the band reuniting for one gig. A second album is in the works.

Stiller, son of the legendary comedy team Anne Meara and Jerry Stiller, spoke about growing up in a family where his parents would develop material in the living room or retreat to another room to improvise a scene behind closed doors in their Upper West Side apartment.

“I didn’t know if they were improvising or having a real argument,” said Stiller.

A trip to the movies when he was around eight years old got him hooked on film making. He began shooting Super 8 movies as a teenager. Fast forward to college.

“I wanted to go to USC for their film program,” recalled Stiller. “But my grades weren’t good enough.”

“Did you try to PhotoShop your head onto a crew team photo?” asked Colbert, referring to the USC admissions scandal.

Stiller ended up at UCLA for eight months, then dropped out to pursue acting and film making. “I was daunted,” remembers Stiller. “It’s not fun being at home and trying to figure out how to go forward.”

Stiller’s early acting roles included playing a boyfriend of Bette Midler’s daughter in the movie Stella and a small part in Empire of the Sun. He shot a lampoon of the Color of Money called the Hustler of Money, based on the exploits of a bowling shark. It aired on Saturday Night Live and two years later Stiller landed on the show as a writer and performer in 1989. That gig lasted for six weeks. He wanted to make films for SNL like his idol, Albert Brooks, but it wasn’t meant to be. After leaving, he developed another film, Going Back to Brooklyn, which netted him a show on MTV. The first Ben Stiller Show was a combination of sketches and music videos. It lasted for one season. The second iteration of the Ben Stiller Show aired on Fox in 1992. It featured Andy Dick, Janeane Garofalo, David Cross, Judd Apatow and Bob Odenkirk and lasted for 12 episodes.

Stiller told Colbert about a remark that might have expedited the cancellation. The cast was at an event Fox scheduled with TV critics. Bob Odenkirk made a joke about the new president of the network, saying the guy’s hair looked like he was wearing an old time football helmet.

“They thought our sketches went on for too long and weren’t funny. Other than that they loved us,” said Stiller. “After we heard we were cancelled we shot an 11-minute sketch in one day about TJ O’Pootertoots a fast food place that served human meat.

Stiller got the last laugh. His show won an Emmy in 1993 for outstanding writing in a variety or music program. “It was a great experience. We didn’t think we had a chance to win,” he said.

“The Emmy was a pleasant f— you to the network,” said Colbert.

Writing and Being Self-Absorbed

Stiller and Colbert bonded over their experience writing comedy.

“As a writer or producer when I first started out, we would never stop working, thinking that all that time would make it better. Do you think that’s hubris?” asked Colbert.

“I think that’s youth,” replied Stiller. “I don’t think it’s necessarily bad if you’re motivated and passionate. You have to find a balance in your life. Work and work and work is not going to make it better all the time. You need to have life experience to be able to create something.”

“Sure. I learned that as I got older,” said Colbert.

“A joke that doesn’t work is bad,” said Stiller.

“Hold on, I want to translate that into Latin and put it on my family crest,” replied Colbert.

“When I see a joke that’s not working I won’t even try,” said Stiller.

“The thing for me that’s hard is to go back and edit a joke,” said Colbert. “As my executive [producer] says: ‘It can can argued that this is a joke. I have no way of saying that this isn’t a joke. All the pieces are here. The set up, the rhythm. It’s a comedy-like substance.’ To me that’s the most harrowing thing.”

Stiller’s more successful movies like Zoolander and Tropic Thunder focus on self-absorbed characters. Colbert asked Stiller why he was drawn to those characters.

“The egotistical aspect of an actor is part of what that is,” said Stiller. “You have to be able to identify with that on some level. Being around the show business world, I was always drawn to that kind of humor. I can see that in myself. To be able to laugh at that and acknowledge that is important.”

During the Q&A session an attendee asked Stiller to explain the genesis of Tropic Thunder. Stiller, who co-wrote and starred in the movie said the idea was a response to Vietnam war movies from the 1980s — Platoon, Hamburger Hill and Hanoi Hilton — to name a few.

“I thought, wouldn’t it be funny to do a sketch about actors coming back from doing Vietnam movies who thought they were going to be celebrated, but were then forgotten,” said Stiller. “It was an ill-advised idea for a sketch called ‘Post Platoon syndrome’. You can’t make fun of post traumatic stress disorder, so I never made the sketch.”

That idea was the impetus for Stiller to create a movie about actors who take themselves too seriously in movies about war even though they never experienced combat. Stiller says he, Justin Theroux and Etan Cohen developed the script over a nine-year period. They pitched it to Dreamworks and got the green light.

While casting the movie, Stiller thought Tom Cruise would be the lead, but the studio wanted Stiller. He then approached Cruise to be a Hollywood agent in the movie. Cruise declined since he already played one in Jerry Maguire, but countered with the idea of playing a studio head, even though the script didn’t have one. The writing team then created Les Grossman and showed the revised script to Cruise, who liked it, but added that he also wanted to dance in the movie.

“It was a nine-year journey to make the movie and three months before shooting that story line didn’t exist. We wrote it for Tom,” said Stiller.

Then they needed to cast the character Kirk Lazarus, a white person playing a black person. Stiller thought Robert Downey, Jr. should do it. Downey accepted the role and told him: “I’ll either go to Hell playing that part or win an Oscar.” That part did earn Downey an Oscar nomination.

Another audience member asked if Stiller thought Tropic Thunder could be made today and given the political climate of today, do actors have the responsibility to right the politically incorrect wrongs of movies like Tropic Thunder, or is it just a different generation?

“I wrestle with that one, I really do,” said Stiller. “The environment that we’re in now is definitely the enemy of comedy and people taking chances.”

He went on to explain that for Tropic Thunder if you’re clear about why you’re making the joke, then that should be your guideline. The point of that movie was to make fun of actors who take themselves too seriously. But that could be up for interpretation. Now it’s almost impossible for comedies to be made that way.

Stiller recounted recently watching Airplane with his son. He responded to some scenes by saying “that’s not right”, and to other scenes by saying “that’s incredibly funny,” other scenes garnered responses like “that one is kinda on the edge, but funny, I get what they were doing.” Stiller remembers not having any of those thoughts when he first saw the movie in 1980.

“My daughter is very on it,” said Stiller, in terms of being woke. “She’ll say you shouldn’t even say the word crazy, that could be offensive to people.”

“You’re only responsible for your intention, not your interpretation,” said Colbert. He went on to explain that once someone expressed to him how he or she felt about a joke, then it would be wrong to repeat it if it offended that person. 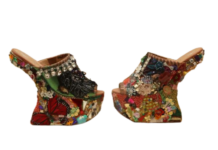