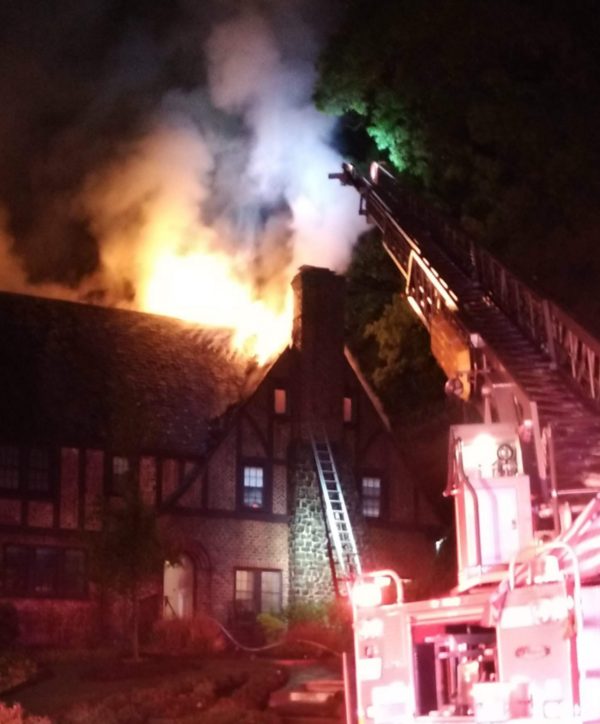 On May 14th, at 12:41AM the Montclair Fire Department received a call reporting a house fire on Llewellyn Rd. Units arrived to find heavy fire venting out of the 3rd floor side windows and called for a 2nd alarm response. The residents were awakened by the smell of smoke and evacuated prior to Fire Department arrival. There was heavy fire damage to the third floor, smoke and water damage to the basement, 1st, and 2nd floors. Substantial overhaul was necessary to ensure fire was extinguished in all walls and voids. Units from East Orange, Orange, Bloomfield, Clifton, and West Orange helped to bring the fire under control. Units from Caldwell, Cedar grove, Belleville covered the township. There were two firefighter injuries. There were no reported civilian injuries. The fire was brought under control in under an hour. The last units cleared the scene at 4:57AM. The fire was caused by an electrical wiring malfunction, according to Deputy Chief Robert Duncan, Montclair Fire Department.