We said goodbye to The Sopranos at Holsten’s Brookdale Confectionery, when the HBO series ended with a famous finale that cut to black moments after Meadow struggled to parallel park on Broad Street while Tony Soprano ate onion rings, listening to “Don’t Stop Believin'” and then looked up at the sound of a bell on the door ringing. 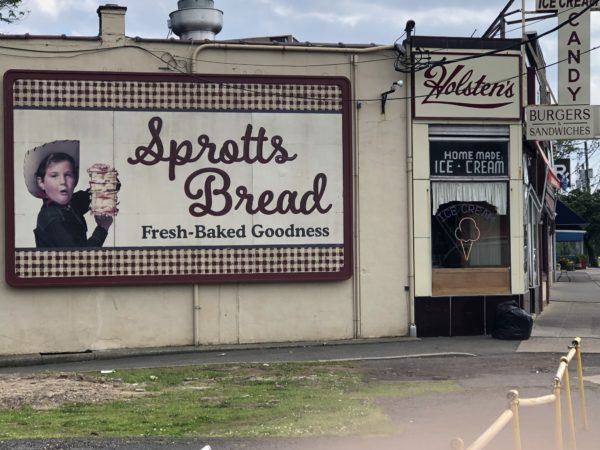 So it’s only fitting that Holsten’s, Bloomfield’s beloved ice cream parlor and candy shop, would get its closeup again in “The Many Saints of Newark,” a new movie that acts as the prequel to The Sopranos.

Look for filming to begin this week at Holsten’s and you may notice things look a little different (like the old-time advertisement for Sprotts Bread (“Fresh-Baked Goodness”) on the side of the building.

Filming for the movie already started in Newark (some scenes are set in 1967, during the time of the Newark riots).

It was just a year ago that SNL paid homage to The Sopranos and Holsten’s. This fall, Holsten’s turns 80.