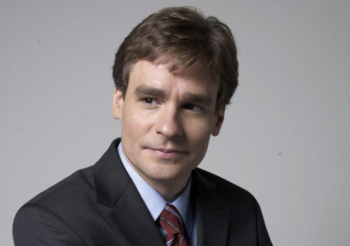 For anyone unfamiliar with “Selected Shorts,” here’s what you should know: Produced by Symphony Space and broadcast since 1985 on more than 150 stations around the country, “Selected Shorts” is a live performance featuring well-known actors reading and performing stories by emerging writers. The performances are recorded for the “Selected Shorts” podcast, which consistently ranks as one of the most popular on iTunes, with over 100,000 downloads every week. Next week, it’s coming to Glen Ridge. Sponsored by the Friends of Glen Ridge Library, this unique program takes place on May 16 at the Women’s Club of Glen Ridge at 7:30 (for tickets, click here).

Robert Sean Leonard, the prolific screen and theater actor – best known to Gen Xers for “Dead Poets Society, “House” fans for portraying Dr. James Wilson, and theater goers for, well, everything – will be hosting the performance, which will also feature actors Kathleen Chalfant and Michael Cerveris.

Leonard, who lives in Ridgewood, chatted with Baristanet earlier this week about what he loves about “Selected Shorts,” how he started his acting career, and his Jersey roots (fun fact: his parents met at Montclair State University).

You’re a well know stage and screen actor. How did you get involved in “Selected Shorts”?

I had never seen “Selected Shorts” when I was first asked to do it by (Symphony Space founder) Isaiah Sheffer. I first read for it about 25 years ago and then I started hosting. I’ve done them in New York and then when I was doing “House” in L.A., I did them at the Getty Museum, which was really nice.

It’s a surprisingly beautiful evening. I’m not one who’s very good at being read to – I lose my train of thought and would rather read the book myself. But something does happen when someone does it right. When the story is good for (the reader) and moment works, there’s a harmony to the whole thing that’s unlike anything I know. It’s a unique, very warm experience to have someone read a story to a large group of people and have them react to it. It creates a brief little world that the author has created. I love it.

Do you prepare for the reading in any way?

You have to read the story many times to yourself. I make notes. I learn how to pace myself, when to speak, when to slow down. It’s a little bit like acting but different. It’s not complicated, but you need to read in advance to make sure you’re not getting any surprises. You have to be in command of the story. It’s not easy to do and you can flub a line. But if you do it right, the audience sinks into the story and the machinery of what’s happening – my physically presence, the pages, the podium – become background to the words.

You will be hosting the event. Will you also be reading?

I’m reading a story by Robin Hemley. As the host, I introduce the evening and welcome everybody. It’s a hard role for me to step into. Isaiah used to host and there will never be another like him. He made it a very memorable experience that was particular to him. I’ve never felt that I achieve what he used to do. He had a grace and warmth to him and a ‘come-sit-by-the-fire’ air to him that I don’t feel I have. I have a Sam Waterston quality like, ‘let’s-listen-to-these-stories-for-a-while’ but Isaiah broke the mold.

What might a first-time audience member get out of this show?

I don’t know – I’m probably the last person to answer that question. But I hope they sit back and relax and enjoy a new experience they think is unique and warm – that word keeps coming to mind. I hope they let us do the work and sail through the story with us.

Do you get to choose the stories you read?

Not really. If someone sends me a story I hate, I’ll let them know. All the coordinators will hear feedback. Occasionally they’ll give me 2-3 stories to choose from and I’ll pick one. I’m not a short story reader myself; I think the last ones I read were by Raymond Carver. It’s not a type of writing I usually read, so I don’t consider myself a great expert.

You were born in Westwood and grew up in Ridgewood. Did you grow up wanting to be an actor in New York?

I worked with a little amateur theater group when I was eight or nine years old in Ridgewood. My mom would paint the signs for the shows and I started helping the crew a bit. It was a summer theater camp, and they would use me a lot. Most the kids were 13-17 so whenever they needed a little kid for a part, they would throw me in. I loved working on the scenery, the painting, the lights, the catwalk. I wasn’t that taken by the acting, and the crew thought the actors were a bit silly, so I felt a bit self-conscious when I was on stage. I was not enamored of being up there so I must have come across as impressive. I wasn’t, but from the viewers’ point of view if it looked intentional, it must have stood out. A friend of my dad’s knew someone in New York who was hiring for a play at the Public Theater, so I went in to audition. It was my first New York job. I was an understudy for three actors – I knew all the roles but never went on stage. I’m the worst person to talk to for young actors, because my career didn’t happen through any great struggle. I just kind of ended up getting hired. It wasn’t my intent to be an actor at first, but then I fell in love with it, and discovered Tennessee Williams, Tom Stoppard, George Bernard Shaw.

What are your best memories of growing up in New Jersey?

I had an idyllic childhood. Ridgewood had one restaurant which I think was a Friendly’s. There were no chain stores, just a record store and bookstore. We went to Jersey Shore every summer to Sea Isle City. I had a very beautiful and peaceful and happy childhood here and I seem to be continuing it by serving up pizza at my daughter’s school and going on class field trips. It’s a nice thing for me to be where I grew up.