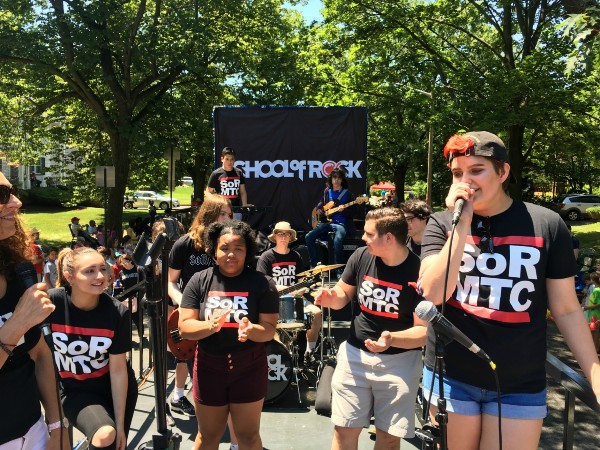 School of Rock Montclair will offer a special Rock 101 Independence Week Summer Camp program that will be held during the first week of July, beginning on Monday, 7/1. The camp will include optional camper participation in Montclair’s annual July 4th parade on the School of Rock Montclair float, as well as performances by the campers in exclusive concerts on Friday, 7/5.

“Our Rock 101 Independence Week Summer Camp is perfect for beginning musicians from six to 12 years old who have limited or no experience musical experience,” says School of Rock Montclair’s General Manager Kevin March. “It’s amazing how much they can learn in just one week, and by Friday, they’ll have made new friends, had a blast, and will sound amazing.”

Camp sessions will run from 9:30am to 3:30pm on 7/1, 7/2, 7/3, and 7/5. Songs that the campers will learn during the Rock 101 Independence Week Summer Camp will include hits by such artists as Queen, Tom Petty, Green Day, The Rolling Stones, and The White Stripes. Performances by the campers of the songs that they learned during the week will be featured in a show that will be held at School of Rock Montclair (125 Valley Road) on Friday, 7/5.