The Elephant Queen documentary was presented as the Family Centerpiece of Montclair Film Festival this past weekend to a sold-out crowd. 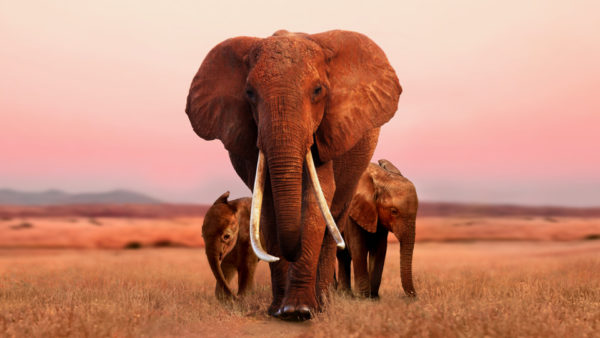 In a moment of existential uncertainty for millions of species on our planet, the appeal of connection and intimacy with a dwindling population of African elephants – and the urgency to safeguard these majestic mammals – is a compelling reason to watch this beautifully filmed documentary.

Eight years in the making, Emmy and Peabody Award-winning directors Mark Deeble and Victoria Stone follow a family of elephants across the Mara savannah of Kenya on a 100-mile pilgrimage to waterholes of hope and life during the worst drought in 50 years. As observers of this journey, the filmmakers treat us to gorgeously shot and rarely seen close ups of the balanced ecosystem supported and sustained by the elephant herd’s creation of watering holes. An authentically told story, the only human presence in the film is the narration by Chewetel Ejofor (12 Years A Slave). 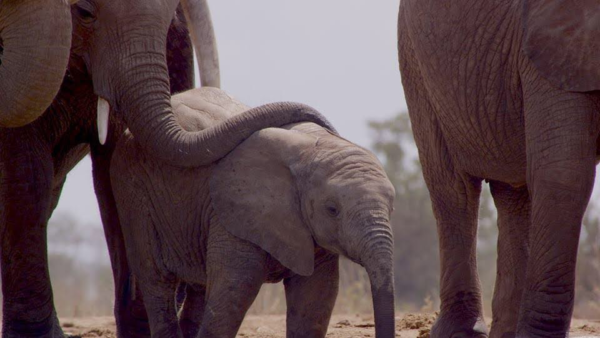 In these desert plains, we discover the cohabitants of the oasis – from the family of Egyptian geese, to the army of bullfrogs, to the determined dung beetle, courting tortoises and more – who exist among the gentle giants. The directors capture heartwarming moments above ground, in the air, underground, of all the creatures, big, small, and tiny showing both their sentience and distinct personalities.

We meet Athena, an enormous tusked elephant – matriarch of the herd of mostly females and youngsters – responsible for safeguarding and leading the elephant family in the daily challenges of survival. While many may have heard about the intelligence and emotion of these sentient beings, watching the dynamics of the herd sheds a new perspective on family, unity and cooperation.

Athena and the adult females all share in the care and protection of the young elephants and newborn living amongst them. As their watering hole dries out, they are led by Athena on a path to the next source of water and sustenance. There’s an urgency to locate the scarce resources, and the uncertainty if the younger elephants will all make it. As the leader, Athena has seemingly inherited in her DNA the wisdom of her predecessors to foresee the coming rain, and the navigational skills to find it. Along the herd’s journey we experience life, death, empathy, sorrow, love and watch the elephants as they play and struggle. It is truly a love story that honors a rapidly declining species in this anthropocene era. Everyone should seek out this film to understand what is at stake – and that’s why the film was made, say the directors. Apple bought the distribution rights as one of its first cinematic properties. A date for the release is in discussion.

A spokesperson for The Nature Conservancy, one of Montclair Film Festivals’ sponsors, addressed the audience after the screening. Making a plea for support of elephants and other species on the endangered list, the group is taking a three-pronged approach:

1. Habitat Loss: Due to increasing human population and expanding agriculture there are fewer areas where the elephants can live freely. The Nature Conservancy is working to secure protected lands.

2. Poaching: Fighting a mortal threat from organized crime trafficking in ivory tusks and animal parts, TNC invests in ‘boots on the ground’ to ward off poachers in the known elephant habitats and sanctuaries. They are also devoting resources to educating young students about conservation through the release of a series of children’s books.

3. Demand Reduction: Most of the poaching is motivated by the ivory market in China. TNC negotiated with officials to enact and enforce trade restrictions on animal parts. The good news is that as of 2017 the Chinese government banned all ivory trade and processing, and the price of ivory on the black market plummeted.