There are a few things to know upfront about Faubourg, Montclair’s new modern French brasserie. 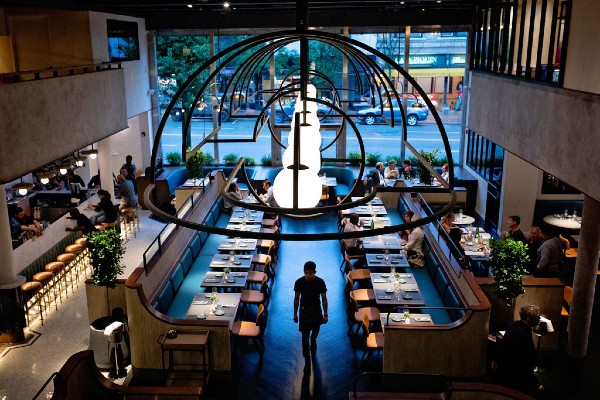 You’ll want to roam around, climbing the stairs to explore the sumptuously furnished speakeasy-style cocktail lounge or the two private dining spaces or just to take in the view from above. The theatrical nature of the space endures and the mezzanine level affords the perfect perch for people watching, ideally from one of the luxurious blue leather banquettes, where you can also take in Faubourg’s floating centerpiece, a mesmerizing custom steel light fixture, designed and commissioned by Shilitto.

When it comes to the food, know that the two forces behind Faubourg are culinary heavyweights Dominique Paulin and Olivier Muller – friends and veterans of Daniel Boulud’s restaurants.

And this is how you pronounce Faubourg: foh-boor.

What does the name mean?

Faubourgs were areas formed around thoroughfares leading into the Paris that ultimately became urbanized, sought-after districts known for their charming restaurants, shops, art and culture. You know, kind of like Montclair.

Paulin, who lives in the Montclair area, discovered the space at 544 Bloomfield Avenue and saw incredible potential in its dramatic high ceilings, soaring windows and adjacent garden area. He reached out to Muller, and the two joined forces to create Faubourg with assistance from Dick Grabowsky. Grabowsky is not only the landlord who initially showed them the property, he has also partnered with them as an investor in Faubourg.

The goal of Paulin and Muller when it comes to the menu is to create approachable seasonable French fare; that accessibility is evident from the semi-open floor plan that allows a clear view into the excitement and energy of Chef Olivier’s kitchen.

Born in Alsace, Muller spent his formative years in the Michelin-starred kitchens of Michel Husser and Philippe Jego, and subsequently worked at nearly every Boulud restaurant in NYC before being promoted to Executive Chef at db Bistro Moderne. 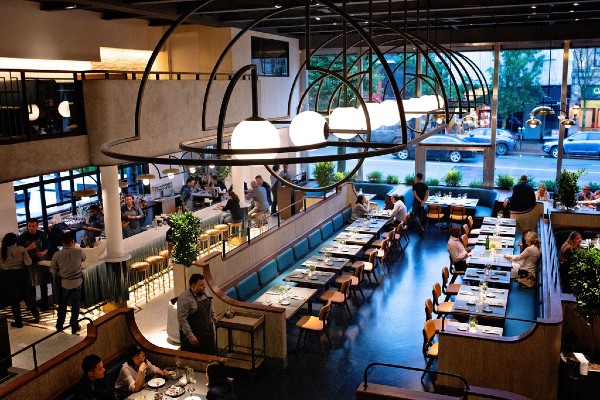 Faubourg’s dinner menu is concise and focused with an emphasis on seasonal ingredients rendered with a refined French technique. A section is devoted to simply grilled entrees, ($24-$36) including Denver lamb chop, sirloin steak au poivre and a branzino; there are also a variety of vegetarian options. The dessert menu features tarte aux pommes fine, a thin apple tart; a basket of madeleines or a choice of assorted macarons in a rainbow of flavors.

At Faubourg, Paulin leads front of the house, overseeing service, wine and cocktails. Drinking at Faubourg is also very accessible with a majestic, Carrera-marble topped main floor bar with seating indoors and out; as well as the intimate, mezzanine-level bar in the speakeasy lounge. Handcrafted seasonal cocktail options on the menu include Pursuit of Passion – a cocktail comprised of vodka, passionfruit, elderflower, ginger beer ($12). There are also craft beers from the tri-state area (including District 96, and award-winning brewery owned and operated by family of Chef Muller).

The two-story wine cellar — with 1,000 bottles on display — is French dominant, but Europe’s other great wine producing regions and the US are also represented. The curated wine list is a product of Paulin’s personal industry relationships and offers everything from a prestige bottle with age, to a well-priced wine for a weeknight out. 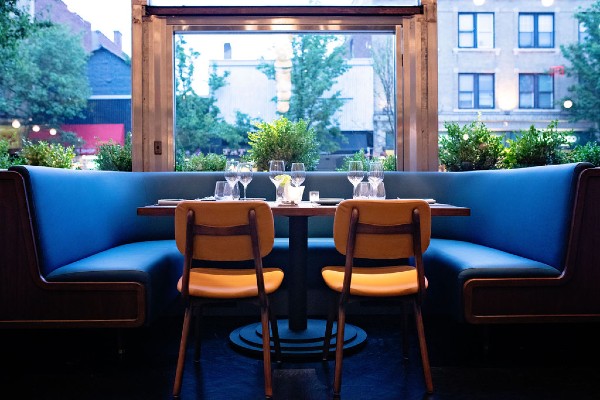