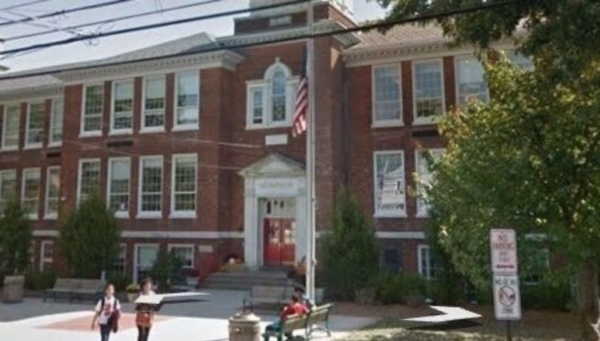 Glenfield Middle School parents and students were passionate at Monday night’s BOE meeting in their protest of a proposed schedule change for the school that could possibly relegate core arts classes, such as Orchestra and Play Production, currently held at ninth period, to activities held after school.

Protecting Glenfield’s individuality and strength as the Visual and Performing Arts magnet was crucial to parents and students who raised both the difficulty and inequity that moving the arts education opportunities to after school would create for families. Many students will not be able to attend after-school arts activities due to transportation issues or other activities they are already committed to after school.

Glenfield’s robust arts curriculum was a draw for many parents, the reason they chose Glenfield for their students in the first place. Many questioned how a significant change could be made at Glenfield without a permanent principal in place and without parent and teacher input.

Glenfield teacher Daniel Gill spoke to the confusion among staff, students and families as to the process of changing the schedule and how the school has had multiple changes in leadership, most recently the resignation of principal Cheryl Hopper in June — the third change in leadership in since July 2018 when Joseph Putrino was moved to Renaissance and Anthony Grosso took over, only to be moved to the position of Montclair High School principal in October 2018.

“People who forget history are doomed to repeat it,” said Gill, who recalled that during desegregation in Montclair, a top down decision of forced busing didn’t work, because the community was not involved in decision making. Gill said the superintendent at that time asked teachers for a better alternative and that it was teachers who helped create the system of magnet schools that ultimately made Glenfield so attractive to families.

Students questioned why the district would want to make Glenfield similar to Buzz Aldrin, thereby losing its uniqueness and strength as an arts school. They also shared their engagement in orchestra, dance, play production and other arts offerings that make Glenfield so meaningful to them.

“The audience was crying, it was beautiful,” she said of the concert. “You don’t get that caliber of performance from a casual after-school club.”

In addition to parents and students addressing the BOE and Superintendent Kendra Johnson with their concerns, Glenfield parent Rachael Egan also delivered a petition signed by close to 500 parents. The petition states:

We the undersigned call on the administration of Montclair Public Schools and Glenfield Middle School to postpone any changes to the schedule at Glenfield until teachers and parents have an opportunity to engage meaningfully in the process for considering any such changes. We are concerned by the lack of transparency, communication and input by parents and teachers around the proposal to change Glenfield’s schedule to a block schedule. We oppose any changes to the schedule that negatively affect the arts program at Glenfield that has been one of the keys to its success. We are concerned by how such a major change in schedule might affect Glenfield’s position as the district’s middle-school arts magnet and how it could thereby also undermine the Montclair Public Schools’ magnet system that has been core to our school system’s national renown. We also call for community inclusion in the search and hiring of the next Glenfield Principal.

Andrew Gideon calculated that reduction in class time was close to 12% and said the only way to mitigate this significant reduction would be to have longer days and shorter lunch periods as other schools with the same schedule (Chatham, West Orange) have.

Gideon was also perplexed by what was happening in the district overall.