The film hits home for Scott E. Moore, a Montclair resident since 1998, and a New Jersey native, who was raised in nearby Rutherford. It’s about his parents, Jan Moore, 82, and Emily Sonnessa, 89, a same-sex couple who raised their family in a working-class Jersey town, in the 1970s.

This was a task that involved perseverance, secrecy and powerful commitment. – but mostly, love, says Moore of his parents.

LOVE WINS was made by Robin Kampf, a New Jersey native and a former adjunct professor at Montclair State Univerity. As an acquaintance through the Marriage Equality movement, Kampf attended Jan and Emily’s (legal!) wedding in 2013, nearly 45 years after their relationship first started. At the wedding, the gravitas of Jan and Em’s journey blew her away, and shortly after, she approached them about making a film.

The result was “Love Wins,” a 27-minute documentary/love story filled with humanity, humor and inspiration. The films has been screened at festivals nationally, winning many awards including special prize at the 2017 Garden State Film Festival. It also aired on PBS as winner of the All About Women & Girls Film Festival.

This is the first screening in Montclair, other than a previous showing arranged for MSU students. Both Jan and Emily will be present for a post-screening Q&A.

Jan and Emily have shifted their activism efforts from marriage equality to advocating for the rights of LGTBQ seniors. The couple will receive the prestigious Robert Wood Johnson PROUD Award on June 12 for their work in the LGTBQ and Senior space. Jan and Emily currently live in Ocean Grove, NJ, and will celebrate the 50th anniversary of their relationship in November. 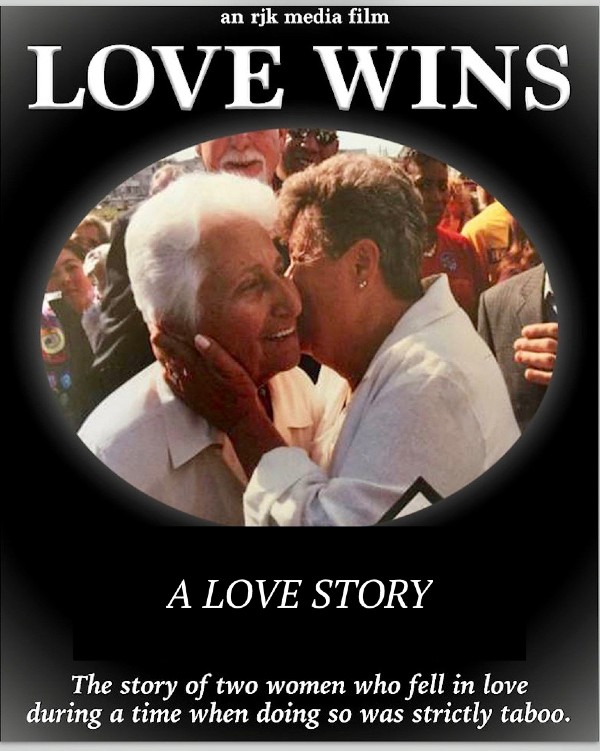