The Montclair History Center (MHC) will hold two Community Conversations exploring the strategic alternatives the organization is considering for the Charles Shultz House, a.k.a. Evergreens, at 30 North Mountain Avenue in Montclair, New Jersey.

The house, its carriage house, and property were bequeathed to the Montclair Historical Society (now the Montclair History Center) by Marian (Molly) Shultz upon her death in 1996. Completed in 1896 for Molly’s grandfather Charles S. Shultz, president of the Hoboken Bank for Savings, the house represents the period of Montclair’s greatest growth. Taken as a whole – the Queen Anne architectural design of the home, the hillside property and New York City views, furnishings, and a century of Shultz family documents – Evergreens documents Montclair’s evolution as a railroad suburb.

The house has been interpreted and operated by the MHC as a house museum, with weekend tours from May through December and is open for periodic special programming/fundraising events. It has become a treasured element of the MHC collection. The house has also been rented for small private events and for film shoots. An apartment on the second floor of the carriage house is maintained as a rental unit.

The bequest included a donation that was used, along with a $304,000 1:1 matching grant from the New Jersey Historic Trust and a Community Block Development Grant, to stabilize the exterior of the Shultz House and carriage house and make the first floor of the Shultz House handicap accessible. The gift did not include funds earmarked for ongoing operation, maintenance, programming, or staffing

In 1999, it was estimated that another $1 million would be needed restore the house completely. Unfortunately, despite MHC’s efforts, no additional large grants or donations earmarked for the Shultz House have come to fruition.

An in-depth 2015 feasibility study commissioned by the MHC concluded that maintaining two campuses and six historic buildings (three of which are interpreted as historic museums) was not sustainable on the non-profit’s operating budget of approximately $200,000 a year. It was recommended that the MHC explore partnership with a third party or consider divesting the Shultz House from its collection.

Despite a love of the house, exploration of initiatives that would secure its future as a part of the MHC, and continuing commitment of scarce financial resources to maintain its structural integrity over the past several years, the MHC has concluded that it does not have the financial means to be the steward that the Shultz House needs and deserves.

The costs to maintain the Shultz House as a museum are daunting and go well beyond staff salaries to carry out MHC’s programming. The House’s annual operating costs average $26,000, including operating funds for the most basic maintenance such as snow removal and landscaping. In the last three years, maintenance and emergency repair costs at the Shultz property have equaled approximately 25-40% of our organization’s total annual operating budget. 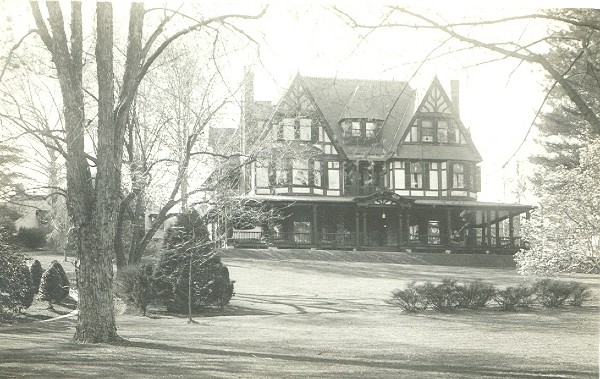 Extensive capital improvements that have been long-deferred due to lack of funds (roof repair/replacement, porch stabilization, upgraded electric and plumbing, etc.) estimated at more than $1.5 million
A robust contingency fund for emergency funds, which in the past five years alone included furnace replacement, investigations and repair of underground water and gas leaks, investigation and remediation of an oil spill from a leaking above-ground storage tank, sidewalk replacement, and dead/diseased tree removals

While maintaining a robust schedule of programming at all of its properties, establishing greater awareness of the organization in the community, and partnering with numerous community groups on a wide range of relevant historical activities and events, MHC has also been exploring possibilities for the Shultz House’s future since the completion of the feasibility study in 2015.

The Board of Trustees and Executive Director have spoken with township officials, myriad interested parties, and expert advisors to seek opinions, ideas, and connections to potential partners.

Now, MHC is scheduling Community Conversations to apprise the general public of the situation with the Shultz House and the organization’s urgent need to find viable path forward that is respectful of the house’s history and the community – whether it involves a source of substantial funding, a partner, a buyer, or a solution that they have not even considered yet.
.
The conversations will take place at the Shultz House on Saturday, June 15 at 10 am and Monday, June 17 at 7 pm.

MHC Board of Trustees and Jane Eliasof, the Executive Director, will share the history of the Shultz House and offer a brief tour of the house, immediately prior to a discussion of the range of future possibilities being considered for the Shultz House and its impact on the ability of MHC to continue successfully to execute its mission.

At this point, no decisions have been made about the Shultz House and property. The goal is to find the best solution for its future.

Space is limited for the Community Conversations, which will take place at the Shultz House at 30 North Mountain Avenue.

Pre-registration is required by calling MHC at 973-744-1796 or sending a note to mail@montclairhistorical.org.

There is no fee to attend this tour and conversation.