Rabbi Elliott Tepperman, of Bnai Keshet in Montclair, N.J., was named a human rights hero by T’ruah: The Rabbinic Call for Human Rights.

The New York-based T’ruah, which represents more than 2,000 North American rabbis and cantors, selected Tepperman for its 2019 Rabbinic Human Rights Hero Award for leading his congregants and colleagues across faiths in a variety of social justice issues, including LGBTQ rights, working to reduce gun violence and defending the rights of immigrants and refugees, including Muslims affected by the travel ban. 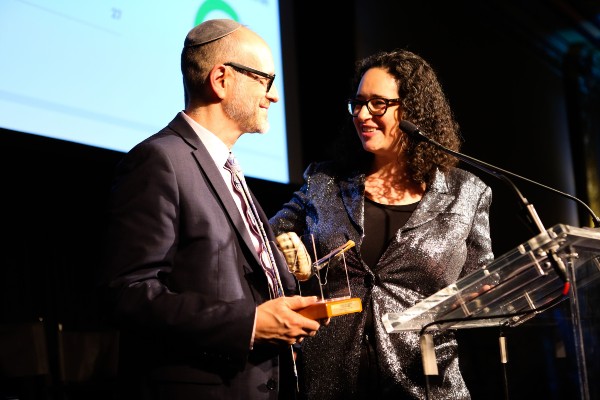 “Rabbi Tepperman is a true Rabbinic Human Rights Hero,” said Rabbi Jill Jacobs, T’ruah’s executive director. “Warm, inspiring and tireless, he is a role model for all clergy who take seriously our responsibility to make the world a better, more just place. His impact can be felt not just among the countless Bnai Keshet members who, under his leadership, have mobilized to defend the rights of immigrants and other vulnerable people, but in the broader community.”

Tepperman has been the spiritual leader of Bnai Keshet, a Reconstructionist congregation, since 2002. His rabbinate embraces spiritually courageous Judaism and loving pursuit of shalom and justice for all people. He believes that Jewish practice is most transformational when deep internal work becomes a springboard for building community and engaging with the world. And likewise when we bring the profound and mundane challenges of our personal and public lives to bear on our Jewish study and worship.

Tepperman will be given his award at T’ruah’s 2019 gala in New York City in May. Other honorees include Debra Katz, a Washington, D.C. civil rights attorney who has represented several survivors of sexual assault and sexual harassment, including Justice Brett Kavanaugh’s accuser, Christine Blasey Ford, and victims of Hollywood mogul Harvey Weinstein. Katz will receive the Raphael Lemkin Human Rights Award.

Tepperman is a founding member of the IAF-affiliated New Jersey Together. He is currently organizing to build the sanctuary movement in New Jersey with Faith in New Jersey (PICO). He has worked with Bend the Arc teaching Congregation Based Community Organizing at the Reconstructionist Rabbinical College and other seminaries. He was a member of Bend The Arc’s 13th Selah cohort. He is a past President of the Montclair Clergy Association and he is currently serving on the Executive Committee of the Reconstructionist Rabbinical Association as First Vice President.

He is married to Sarah O’Leary and is the proud father of Akiva-Lev and Sam. 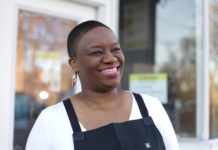 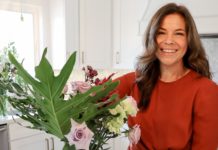