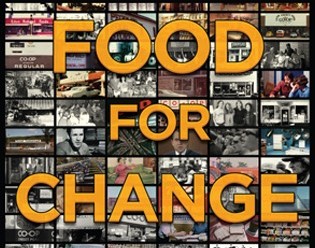 “Food For Change” focuses on food co-ops as a force for dynamic social and economic change in American culture. The film examines the important historical role played by food co-ops, their pioneering quest for organic foods, and their current efforts to create regional food systems.

The project began when award-winning filmmaker and co-op member Steve Alves uncovered historical films and stories about the increase of cooperatives during the Great Depression – achievements which were later thwarted when consumerism and the cold war became dominant economic and social forces.

Additional research revealed how food co-ops re-emerged during the tumultuous events of the 1960s as an alternative to factory farms and corporate grocery chains.

“Food For Change” shows how cooperatives today can strengthen local economies and build food security, educating communities about the principles of cooperation with a focus on healthy food and a healthy economy.

At the open public discussion afterwards, a Green Film co-host who is a food co-op organizer will provide expert insights into the many benefits of co-ops.

Bring a friend, a neighbor, or your family’s foodie hunter/gatherer to this free event. For questions, call Montclair Environmental Affairs at 973-509-5721, or, email: grussell@montclairnjusa.org. 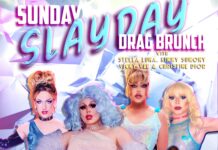