Six months ago they were hopeful. Highgate Hall LLC., a team comprised of Luke Parker Bowles, Steven Plofker, Larry Slous, Patrick Wilson, Vincenzo Onorati and Andy Childs, were still in negotiations with the landlord of The Bellevue Theatre more than 12 months since its closure.

“We expect to reach an agreement, despite the time it is taking and look forward to giving Montclair the theatre they deserve and the iconic space they are missing, complete with a smorgasbord of new bells and whistles but maintaining the pedigree and history of the place,” said Parker Bowles back in January. “The plans are drawn up and the right people are in place. Despite the arduous process, we are as determined as ever and will keep all informed as and when we can come to an agreement.”

Friday was that day; Parker Bowles announced that a lease had been signed. Bellevue Theatre mega fan Ilmar Vanderer couldn’t be more thrilled. 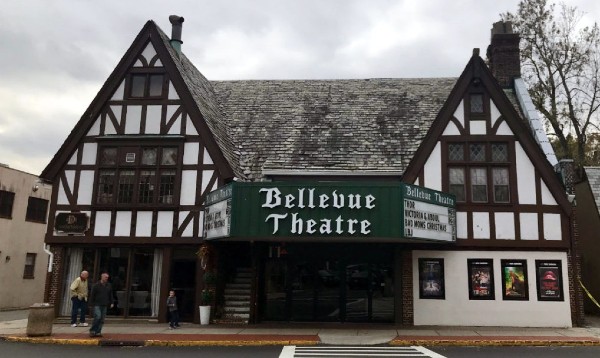 “Finally an announcement that’s a long time coming but well worth waiting for,” says Vanderer, who was one of the first to hear the news from Parker Bowles and has been busy spreading the word, via the Facebook page he created for news on the Bellevue Theatre. Vanderer has also been a consistent, passionate advocate for the Bellevue Avenue Library Branch.

“This is wonderful news and the first step in bringing an Upper Montlcair icon back to life,” said First Ward Councilor Bill Hurlock.

In its 95-year history as a functioning movie theater, the Bellevue featured amenities including a balcony, and a second-floor restaurant, named the Highgate Hall, that offered full meals such as lobster Thermidor, sirloin tips, or stuffed turkey, according to Friends of Anderson Park’s Lisanne Renner, who gave a lecture on the Bellevue’s history as an architectural treasure at Montclair History Center in January 2018.

In March 2018, Parker Bowles detailed his plan for the Bellevue Theatre — six screens, reclining seats and a liquor license.

“This operation will not happen without a liquor license,” he said.

On Sunday, Parker Bowles reached out to Baristanet readers.

“Thank you all for your support. It has been a process, but we are as determined and focused as we were nearly two years ago to give the town something that not only will you be proud of, but that will be an unforgettable experience,” Parker Bowles said.