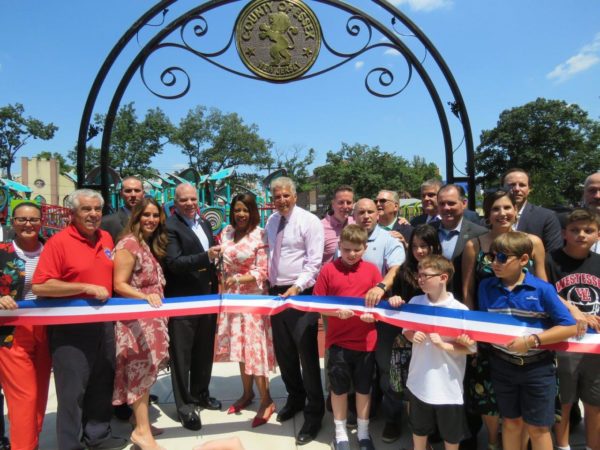 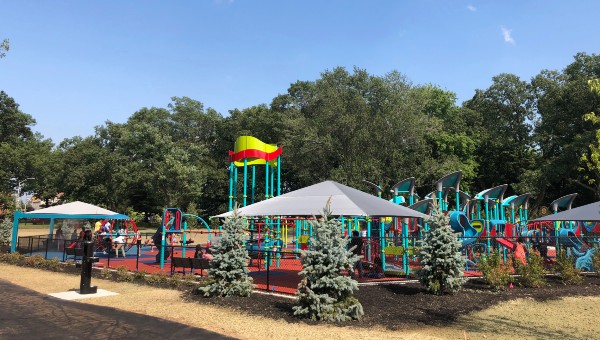 The all access playground replaced a traditionally designed facility in the park, located off of Bloomfield Avenue. It features a variety of playing apparatus that children of all physical abilities can enjoy — including new swings, bridges and slides. All equipment is in compliance with ADA and current playground codes. An on-site parking lot was created to facilitate transportation and access to the playground.

The old community center, last renovated in 2008, was demolished and replaced with an expanded and more modern building. The new structure has an enlarged room with fireplace and flatscreen TV for community meetings, gatherings and events, as well as storage rooms and modern restrooms. The restrooms will be handicap accessible and will be larger in size to accommodate playground users and visitors to the community center.

“When we modernize our playgrounds, we have always included some elements that can be used by children with limited physical abilities. But all children should have a place to play, and having an all access playground will bridge the gap,” Essex County Executive Joseph N. DiVincenzo, Jr. said. “This is a significant project because it introduces an attractive recreation amenity, modern community center and much needed parking that makes the park more accessible and easier to enjoy.” 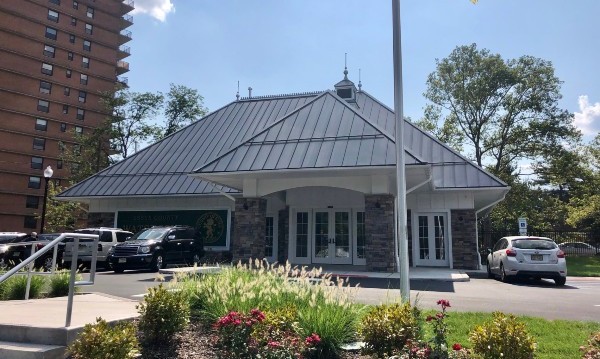 “Parks build family memories and, with this new playground, children who previously had been shut out because of their physical limitations can now play alongside other children. Our County Executive made a commitment to improve the parks and he has left no community untouched,” Lt. Governor Sheila Y. Oliver said.

“The playground and community center are wonderful additions to Watsessing Park and will go a long way toward bringing people together,” Freeholder President Brendan Gill said.

“The park improvements are in the center of Bloomfield’s downtown and will complement the fine projects taking place in the Township,” Freeholder Carlos Pomares said.

“It says a lot when half of the people using the playground are part of your organization. We are happy that the County Executive gave us this magnificent playground that serves everyone in the community,” said Jennifer Preziotti-Gamble, president of the Friends of Watsessing Park Conservancy said. 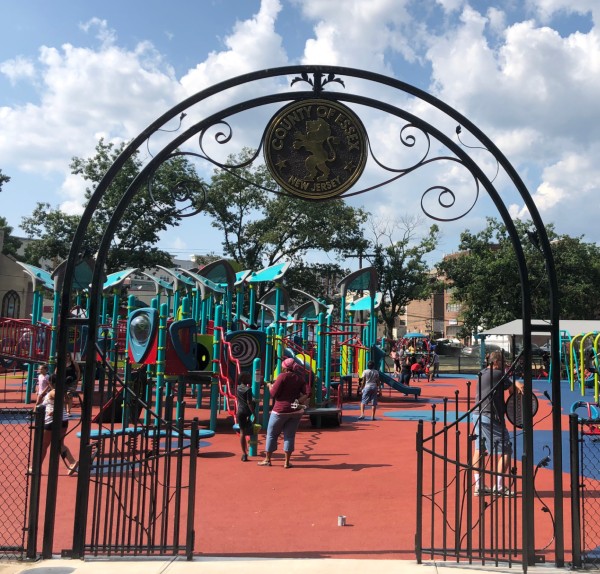 The all access playground and community center are the latest improvements made in Watsessing Park since DiVincenzo took office in 2003. A majority of the projects were funded with grants received by Essex County and the Watsessing Park Conservancy from the New Jersey Green Acres program and the Essex County Recreation and Open Space Trust Fund Advisory Board, and in-kind services from other governmental agencies.

In 2017, a 3,000-square-foot water spray park was developed near Dodd Street and the additional climbing apparatus was added to the playground on Glenwood Avenue. In 2016, the sidewalks along Glenfield Avenue, Dodd Street and Cleveland Terrace were modernized, the basketball court and walking track near Dodd Street were resurfaced, and the pedestrian bridge over the Second River, damaged during a spring storm, was repaired. Also, in 2016 the walking track was named in honor of Glen Ridge resident Horace Ashenfelter, the 1952 Olympic Gold Medal winner in the steeplechase who trained in the park. In 2014, ornamental historic lighting was installed along the walking paths throughout the park. In 2010, a synthetic grass surface soccer/lacrosse field in Essex County Watsessing Park off of Bloomfield Avenue was developed, new wrought iron fencing was installed along the perimeter of the park along Bloomfield Avenue and a synthetic grass surface inside the walking track was installed.