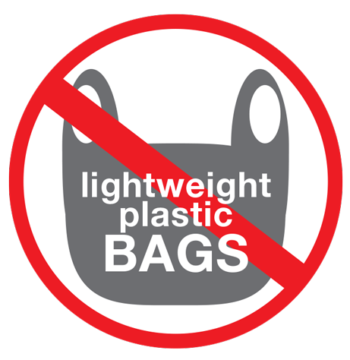 Many local business owners took the opportunity to voice their concerns on what they believed would be unfair restrictions for their business during public comment. Some expressed reservations in being forced to charge customers 10-25 cents for paper bags. Many agreed that they felt privacy infringement concerns if forced to ask if customers are on food stamps, or other government programs, so they can be exempt from having to pay the fee charged to other customers.

Holly Feber, from the Upper Montclair Business Association, said many residents and business owners found out only only recently about the ordinance. Feber said there were likely many more who were still not aware that it was under discussion.

“There needs to be time to educate the consumers, tax payers and the citizens of Montclair,” she said.

Councilman Sean Spiller spoke at length stating that he agreed that there were pieces to the ordinance in need of clarification, such as the legal requirements for exemptions where many would need to disclose personal information at a store. He also mentioned the grace period in the case where a business owner had already purchased single-use bags before a certain date, including other components that needed further discussion and clarification.

However, Spiller further contended that the Township need to take the lead on issues dealing with the environment and that to change people’s behavior was not something that could be done easily.

“Charging fees, making sure that we have bags that are reusable, and making sure we do things that will stop continual pollution to our environment are absolutely within our control,” he said. “Absolutely, there are some things we should look at, but moving forward you have to provide reusable plastic bags and be charging to help change that behavior. I don’t think it’s unreasonable because the data is out there and it will change behavior.”

Spiller also felt charging some up front is more effective than other stores that tend to credit customers when they bring their own bags.

“It is completely different in terms of what changes behavior,” Spiller further explained, adding that data shows paying for something repeatedly is more effective that being credited ten cents for bringing your own bag to shop with.

“We’ve got to implement the things that change behavior. We are at a critical point for the Earth and leading as a community and that is the space we need to be in.”

Many council members echoed the sentiments of Spiller, including Councilwoman Robin Schlager who said she always supported the single use ban but admitted there were issues brought up during the meetings she hadn’t considered before.

“I also would concur with some of my colleagues that this needs many eyes to look at this ordinance,” she said. “Many have things to add to this and I welcome that.”