*** Please note that due to the predicted heat advisory and warnings for the weekend, the Outpost in the Burbs show scheduled for this Saturday at Montclair Center Stage has been postponed until Saturday, Sept. 7th.

Outpost in the Burbs will present a free show in partnership with Montclair Center Stage on Saturday, July 20th at 6:00 p.m. On the bill for the evening will be Scott Wolfson and Other Heroes, The Karyn Kuhl Band, Robinson Treacher, and Marry the Sea.

Located at the corner of Church Street and South Fullerton Avenue, Montclair Center Stage is a free weekly music series presented by the Montclair Business Improvement District. The public is encouraged to dine at local restaurants and to bring a chair to sit outside and enjoy the evening of music. 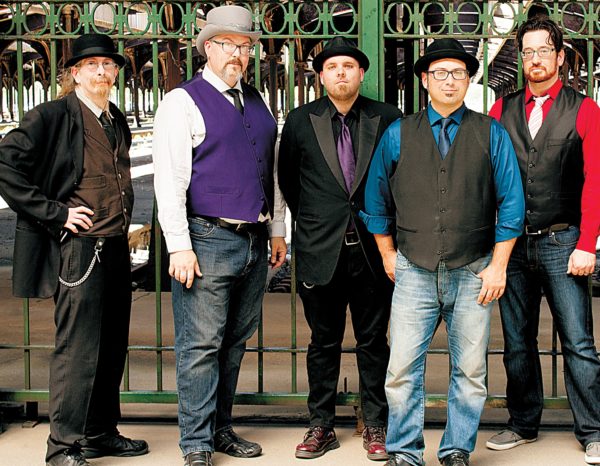 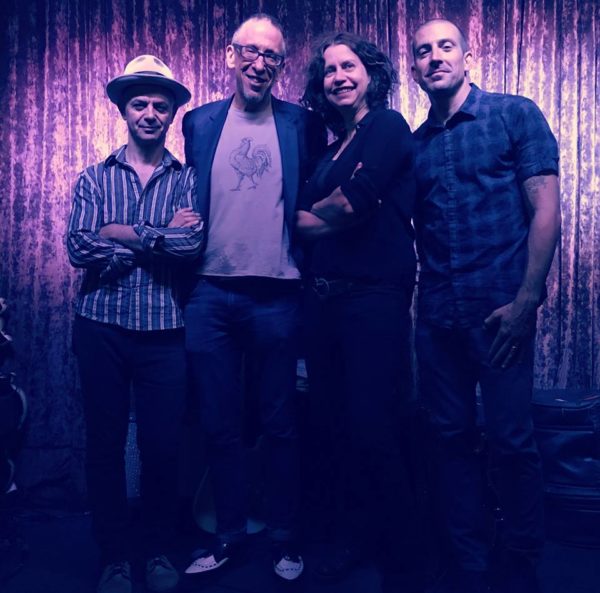 Hey Kid follows the band’s debut album Songs for the Dead (2013) and the EP The Stars Will Bring You Home (2016). More than in her previous work, the new songs were inspired by current events. Kuhl explains, “I wrote ‘Hey Kid’ and the other three songs on the EP after the last presidential election. Around that time, I found an old college ID card from the 80s and couldn’t believe the strong and innocent energy beaming from my face! I had been feeling beaten down after the election. Seeing that photo, marching with the young and old against the current administration, inspired this song as a call to bring together youthful exuberance and resilience with the depth of maturity and experience. The music and lyrics poured out!”

The EP also includes the stripped-down, swampy “Strong Woman Blues,” about overcoming inner and outer obstacles to owning your power. (The song was recorded by Tom Beaujour, who has worked with Juliana Hatfield, Nada Surf, etc., at NJ’s Nuthouse studio.) On “The Wheels,” psychedelic jazz explodes into noise punk, taking a ride through the gentrification and homogenization of our cities, bodies, and minds. But the EP’s centerpiece is the scorcher “It’s Over.” Kuhl calls out the President, the patriarchy, the bigots and haters, explaining that their time is done. “The end is near and it’s what you fear,” she taunts them in the lyrics. “The future is female, black, and queer!” It’s a rocking rallying anthem for the resistance. 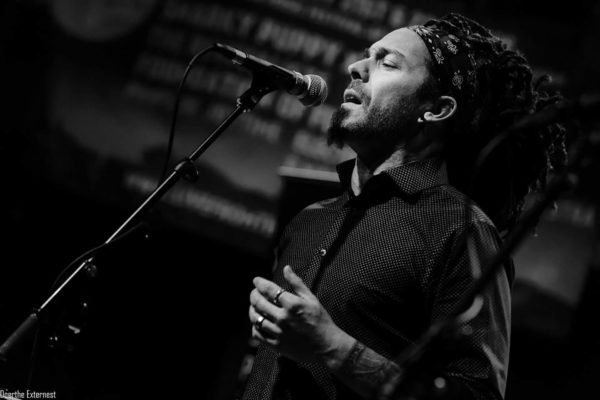 At the crossroads of Blues, Folk and Americana lies Robinson Treacher. Whether it be in the studio or in live performance, Robinson’s emotionally dramatic songwriting style is matched only by his deeply passionate vocals. Steeped in what can only be labeled as a “traditional” songwriting format, Robinson has taken fibers from all genres. Including rock, country, R&B & folk, and woven them into a distinct tapestry, one that is clearly distinguishable among others in the singer/songwriter genre. Born and raised in New York, his honesty and grit reflect the eclectic musical influences that have shaped everything from from downstate New York City to the upstate Adirondacks. On the heels of his debut release, “Chrome”, Robinson released “Porches”, a purposefully “stripped down” collection of songs that rarely contained more than an acoustic guitar, an upright bass and of course those powerfully distinct vocals. This change proved to be a defining moment in his writing and recording style, ultimately gaining the attention of a national audience.

Robinson has since been featured on Sirius/XM’s “The Loft: Live from The Living Room” series, the WFUV “Sunday Breakfast”, and has shared the stage with such notable artists as Vince Gill, Iris Dement, GE Smith, Joan Osborne, Cheryl Wheeler, Amy Helm and Carrie Rodriguez. He has even been touted by legendary songwriter Don Schlitz (“Forever and Ever Amen”, “When You Say Nothing At All”, “The Gambler”) as being, “…impossible to follow in concert.” 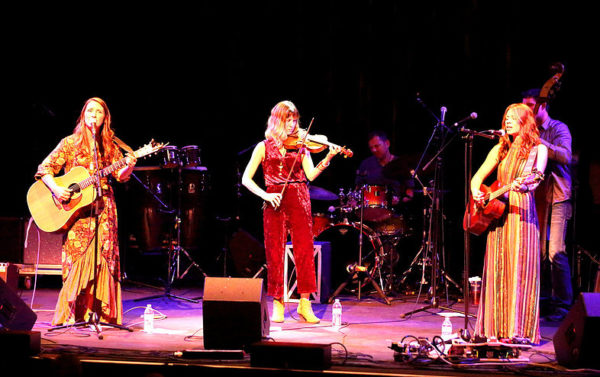 Rebecca Farnham and Kat De Bari were new to suburban living when they first met at a New Year’s Day party in 2016. The New York City natives weren’t too far out of their element in Maplewood, New Jersey (“Brooklyn West” to City folks) and their friendship blossomed out of a shared love for making music.

Together with Maya Ziobro on violin, these three formed Marry The Sea and jumped into the deep well of discerning ears who were hungry for songs that speak through powerful, stirring vocals and deliver timeless, universal anthems. Adding musical brothers John Lopos and Steve Feldman to the line-up as a rhythm section started the group’s next wave towards coveted stages, festival formats, and destination venues that will expose more eager listeners to their transcendent sounds and stories.