The Montclair Township Animal Shelter found homes for 10 cats and 13 dogs during its participation in the annual NBC / Telemundo “Clear the Shelters” event which was held on August 17 and 18.

“This has been an incredibly successful pet adoption drive,” said Shelter Director Liz Morgan. “We are especially thankful for the generous support from the Friends of the Montclair Township Animal Shelter, which enabled us to waive adoption fees during the event.”

Each year NBC and Telemundo stations across the country team up with shelters across the country for the nationwide pet adoption initiative. August 17 marked the fifth annual “Clear the Shelters” drive – a record-breaking event which saw a 22% increase in adoptions over last year with 12,073 animals nationwide finding forever homes.

“NBC and Telemundo came out to videotape some of our pets during the drive,” said Morgan. “Clearly, Stella the special needs English Bulldog stole the show.” Watch the videos on NBCNewYork.com and Telemundo47.com.

“Clear the Shelters” is a nationwide initiative organized by NBC-owned television stations and Telemundo Station Group involving hundreds of shelters. NBC 4 New York and Telemundo are working with shelters in the tri-state areas to find permanent homes for all shelter animals. Affiliate partners and sponsors of the drive include Cat’s Pride and Hill’s Pet Nutrition. 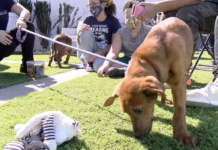 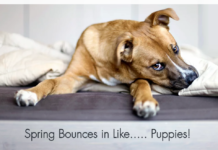 Pre-Register To Meet Adorable Puppies This Sunday at MTAS 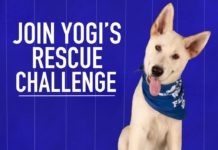