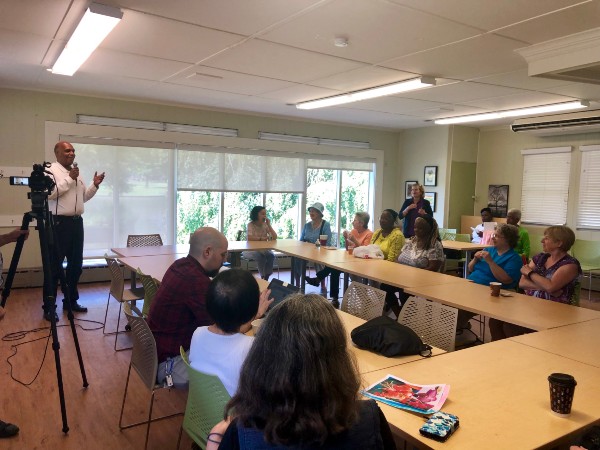 Montclair Mayor Robert Jackson, along with town officials and employees, joined Montclair senior citizens at Edgemont Park House Thursday to mark the many improvements to the building and discuss what’s to come. 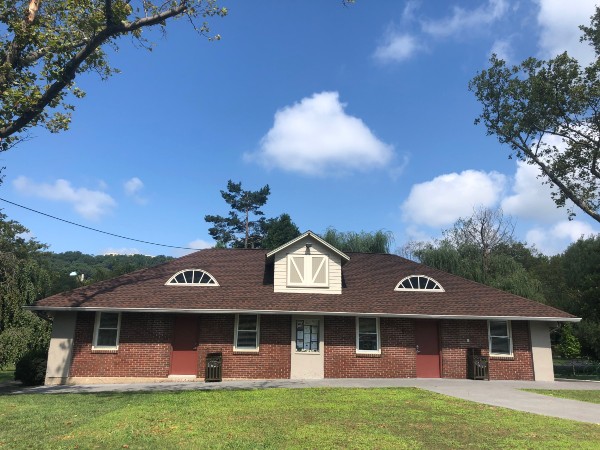 “Over the years we’ve had people voice their concerns and complaints about the state of Edgemont Park and the Park House,” said Mayor Jackson. “We needed to make Edgemont the showpiece of the community that it once was.”

The building started to receive much-needed renovations once Montclair Health Department identified the space as a location for senior activities.

In November of 2012, Partners for Health Foundation hosted a community-wide briefing entitled, “How Can We Help Older Residents of Montclair Age in Place?” The briefing was designed to present data, themes and other information that had emerged after studies and surveys were conducted in the Township to assess senior livability.

“Several major themes emerged, which demonstrated that Montclair had a wealth of community-based assets and resources that supported livability for our older residents,” said Health & Human Services Director Sue Portuese. ”The greatest areas of concern were those that affected our older citizens the ability to age in place; such as transportation, taxes, housing, financial stability and community.”

As the staff liaison to the Senior Citizen Advisory Committee, Portuese was aware that the Township’s senior citizens wanted a center for activities and felt this was something that the Department could take action on.

“The first step was to identify a township-designated space where we could provide programs for older residents to learn, play and congregate,” said Ms. Portuese. ”We obtained permission to use Edgemont Park House as the site for this project and partnered with the Department of Recreation and Cultural Affairs to help make it happen.”

In August of 2013, the Partners for Health Foundation awarded the Township a $61,500 grant to make renovations and purchase furniture and supplies to make the space more inviting.

The grand opening and ribbon cutting for the newly-renovated Edgemont Park House was held in May of 2016, to coincide with Older American’s Month. Since that date, the Department has scheduled numerous quality programs, including the MILL classes (Montclair Institute for Lifelong Learning), art classes, various forms of exercise, club groups, movies, etc., from Monday through Friday each week.

Programming has expanded and Edgemont has become a busy hub of activity and socialization.

“There is no doubt that the senior activities offered at Edgemont Park House have added to the quality of life for our older residents,” said Senior Citizens Advisory Committee Chair, Ann Lippel. “The thoughtful selection of programming, ranging from crafts to exercise to intellectual pursuits, clearly respond to the diversity of Montclair’s seniors. This program has proven to be a very successful and popular effort. We are grateful to the Township and especially the Division of Senior Services for the creativity and quality invested in this program.”

The Township also hired Dr. Katie York in 2016 as full-time Senior Services/Lifelong Montclair Director. Michelle DeWitt was brought on as half-time Senior Citizens Coordinator and long-time department employee Linda Tate has been working at Edgemont Park House assisting with senior programming for the past several years.

“I am grateful to the Township Council for their support toward making Montclair more age-friendly, and I appreciate all the effort of our staff and volunteers who have furthered that vision in Edgemont Park House,” said Dr. York.

Improvements to Edgemont Park House include the following:

· Made improvements to electrical system

· Repaired half window on second floor

The Township also has a number of additional upgrades scheduled for the Edgemont Park House such as new plumbing, windows and lighting. Perhaps one of the most significant renovations will be made in the kitchen area with new appliances and equipment to offer cooking and baking demonstrations and preparing treats for special occasions.